SO Ji-sub in a popular Japanese manga adaptation 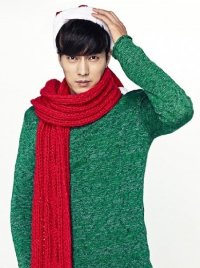 So Ji-sub accepted a role in the Japanese film Gegege no Kitaro2. He will play the villain  a spirit haunting Asia  opposite of the hero portrayed by Wentz Eiji, a popular Japanese singer. According to the Japanese producers, the spirit's dark side required charisma and talent which SO possesses.

Gegege no Kitaro2 is the sequel of last year's Japanese blockbuster, an adaptation of a popular manga by Shigeru Mizuki which has also a hit television series spin-off. The film is scheduled for a release in July.

SO might still be relatively unknown outside Asia, but he enjoys great popularity in Korea and Japan because of his hit television dramas "Sorry, I Love You", co-starring Im Soo-jung, and "Something Happened in Bali".