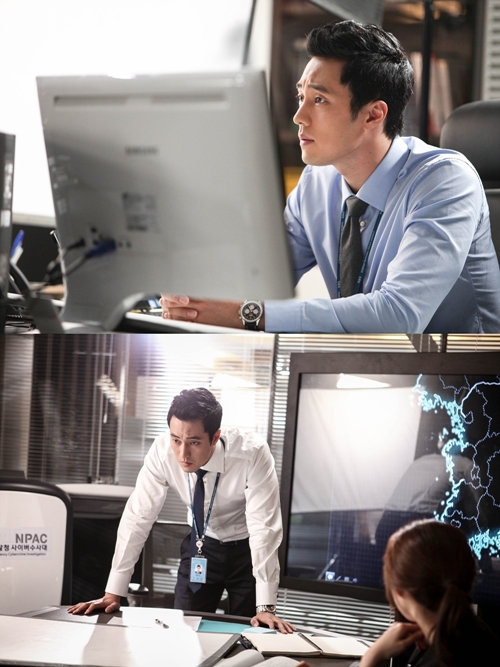 So Ji-sub made a normal scene seem like a photo shoot.

So Ji-sub is staring at something in his office. He is just sitting down in a meeting with a white shirt on his back but still he manages to make it look like a photo collection.

So Ji-sub is actually Park Ki-yeong who is living the life of Kim Woo-hyeon who died in an accident in the drama. He is about to investigate the muder of Sin Hyo-jeong.

"So Ji-sub is 'So ganji' even in a meeting with a white shirt"
by HanCinema is licensed under a Creative Commons Attribution-Share Alike 3.0 Unported License.
Based on a work from this source