So Ji-sub, puts his hands in Gong Hyo-jin's clothes? 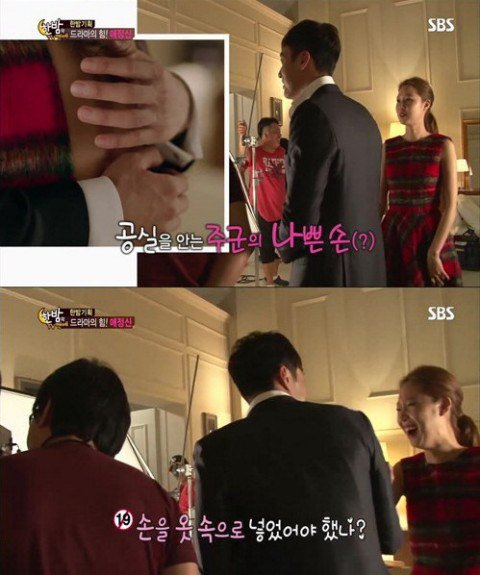 What So Ji-sub said in the past is being re-highlighted.

SBS "TV News At Night" reported about So Ji-sub and Gong Hyo-jin in the drama "Master's Sun" in 2013.

Gong Hyo-jin had said, "The intimate scenes are so cheesy". So Ji-sub on the other hand, said, "I am enjoy this intimacy".

So Ji-sub was monitoring a scene where he holds Gong Hyo-jin and said, "Maybe I should have put my hand under her clothes".

Meanwhile, So Ji-sub is coming back with the romantic comedy "Oh My Venus" which is about a man and a woman falling in love while going on a diet.

So Ji-sub plays the role of Kim Yeong-ho, a Hollywood Star Trainer who overcomes his weakness with perseverance. He is a plutocrat who was deeply hurt in the past despite his social status.

Shin Min-ah plays the character of Kang Joo-eun who becomes a lawyer for a law firm to support her family but is 33 years old after giving up her pretty looks and body figure.

So Ji-sub and Shin Min-ah appeared as a couple for a clothing brand and this time they become real lovers.

"Oh My Venus" is a source that's never been dealt with before and is currently in the process of rounding up more casts.

"So Ji-sub, puts his hands in Gong Hyo-jin's clothes?"
by HanCinema is licensed under a Creative Commons Attribution-Share Alike 3.0 Unported License.
Based on a work from this source