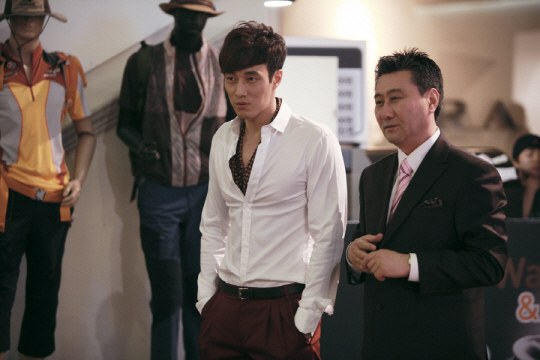 Gong Hyo-jin, So Ji-sub and Seo In-guk have been fighting with the heat and working hard for the SBS drama "Master's Sun".

So Ji-sub in the role of plutocrat Joo Joong-won, was seen smiling even right after he was so cold and bad tempered just seconds ago. In the role of Tae Gong-sil, Gong Hyo-jin is also seen in the back smiling.

Seo In-guk 'bribed' the staff on set by treating them to ice coffee.

Meanwhile, "Master's Sun" is a romantic comedy about a man who is cheap and arrogant and a woman who has the ability to see ghosts. To be released on the 7th of August.

"So Ji-sub's abs"
by HanCinema is licensed under a Creative Commons Attribution-Share Alike 3.0 Unported License.
Based on a work from this source