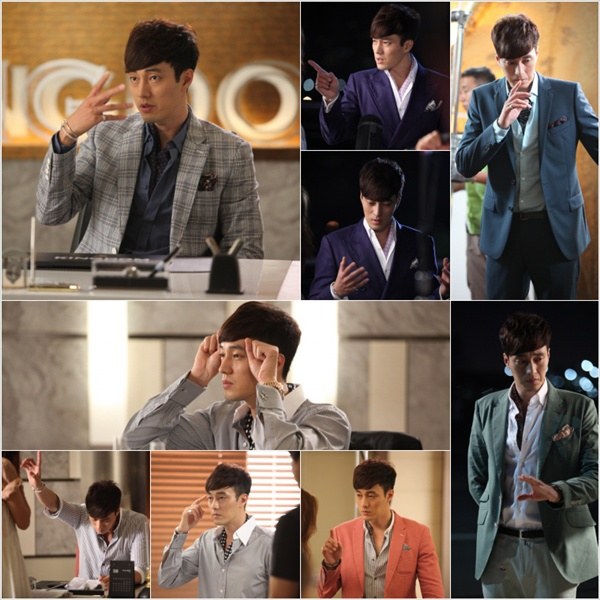 Actor So Ji-sub is swooning women with his hand gestures.

So Ji-sub takes on the role of bad tempered Joo Joong-won, in the SBS drama "Master's Sun".

He produces magic-like appeal that makes everyone fall in love with his act.

In the picture, So Ji-sub is acting out the emotions Joo Joong-won might be feeling. This shows how much he's into the character and how passionate he is about it.

It's also adorable that he uses his hands to find the right expressions for the emotions.

So Ji-sub is known for using his hands to practice and discussing them with his director. He puts his hands up next to his head in a fist, creating a cute 'lamb' look and even looking playful at times.

This image of the actor is quite different from the character we see today.

However, when the camera starts rolling, So Ji-sub turns into the cold and bad tempered Joo Joong-won.

The staff on site also try to imitate his hands but only sigh.

"So Ji-sub's hand act"
by HanCinema is licensed under a Creative Commons Attribution-Share Alike 3.0 Unported License.
Based on a work from this source