So Ji-sub's trip to Japan with "Ghost - Drama" 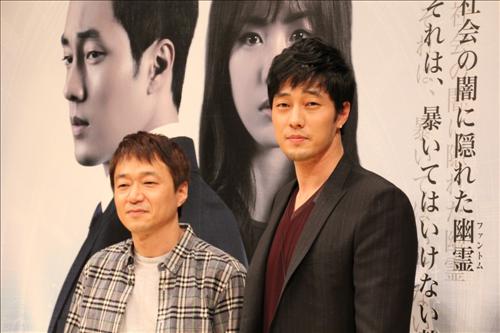 A special previewing event was held at the Nerima Culture Center Hall on the 24th by KNTV in celebration of airing the Korean "Ghost - Drama". Director Kim Hyeong-sik and So Ji-sub appeared on stage.

Kim said, "I wanted to convey the fact that how we use the internet affects the society in various ways and the power of cyber is threatening but it only exists because humans created it".

So Ji-sub said, "I wanted to challenge myself to make it work without a love story".

When he was asked about the must-see in the drama So Ji-sub said, "I am appearing in it so watch it until the end. It's something you can watch simply and not think so hard about it. So Ji-sub acts two roles and it's about cyber crime".

At the end he said, "Don't miss any scene. Support it and love it". 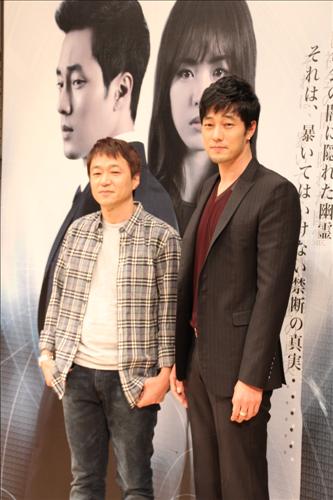 "So Ji-sub's trip to Japan with "Ghost - Drama""
by HanCinema is licensed under a Creative Commons Attribution-Share Alike 3.0 Unported License.
Based on a work from this source