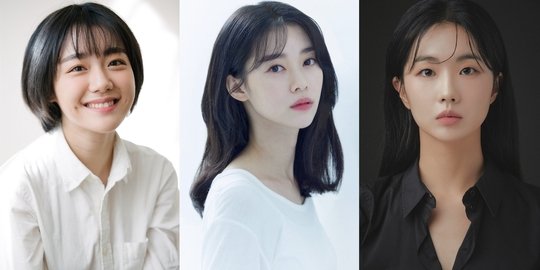 The single-act "Drama Special 2021 - Three" which is scheduled to air in December, is a suspense thriller that takes place as three friends who lived with the wounds of sex crimes gather again for revenge.

So Ju-yeon plays Kim Jong-hee in the play. Kim Jong-hee is a character who ignores and denies her wounds out of fear that the sexual abuse she suffered in the past will be known to others and is more desperate than anyone else to live a 'normal' life. So Ju-yeon, who was recognized for her acting skills through "Dr. Romantic 2", "Lovestruck in the City" and "A Love So Beautiful" will express Kim Jong-hee's inner side suffering from festering wounds.

Jung Yi-seo plays the role of Woo Hyeong-joo. Woo Hyung-joo is a person who is sexually abused by his mother's stepfather after remarriage and even close friends become victims. Kim Jong-hee (So Ju-yeon) and Kang Bo-ri (Jo In) are brought to Jongjang-ri for the first time in 12 years to end everything. Attention is focusing on how Jung Yi-seo, who made an impression across movies and dramas will catch viewers' attention with his charm.

Jo In plays the role of Kang Bo-ri. Kang Bo-ri is a person who wants to end her present life, which has been ruined differently from her shining and smart past, through revenge and find her life again. Curious about the realistic character that Jo In will draw.

As such, "Drama Special 2021 - Three" is a story of three women gathered to practice revenge to overcome the wounds that have plagued them for a long time, giving the small screen a thrilling tension. In addition, as the secrets related to the three friends are revealed, it is raising expectations for broadcasting by signaling conflicts and twists.