So voluptuous how So Ji-sub eats strawberries 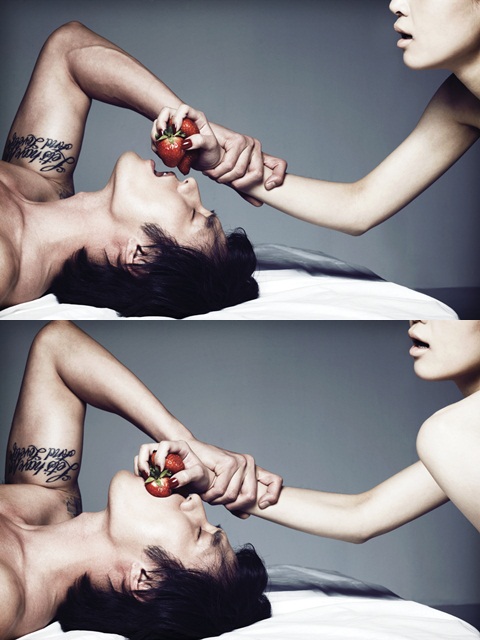 So Ji-sub's magazine has been published.

The magazine "SONICe" is all about So Ji-sub's various appeals and attractions with information coming directly from him.

"SONICe" shows greed, arrogance, stinginess, envy, rage, sensual appetite and indolence in his point of view. On the 'greed version' of the magazine, the voluptuous and fatal sexiness is what draws the eyes.

After having taking pictures of eating several things from cakes to fruits, So Ji-sub decided the one of him eating strawberries was the most sensual.

So Ji-sub's mini album "The North Throne" and the title song "A Year Ago Today" which is about not being able to forget a lover even after a year, has been released as well.

Meanwhile, So Ji-sub will be coming back with the new SBS drama "Ghost - Drama" in May.

"So voluptuous how So Ji-sub eats strawberries"
by HanCinema is licensed under a Creative Commons Attribution-Share Alike 3.0 Unported License.
Based on a work from this source