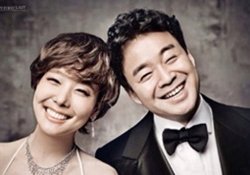 So Yoo-jin (left) and Baek Jong-won

Actress So Yoo-jin and restaurateur Baek Jong-won became the parents of a baby girl on Monday.

"So delivered a baby girl at a clinic in Seoul to become a mother of two", Baek's agency said on Monday. "Baek was by her side during her 15 hours of labor. Both mother and baby are in good health".

So married Baek, a restaurant tycoon 15 years her senior, in January 2013. They had their first son in April 2014.