So Yoo-jin Set to Return to TV After Giving Birth 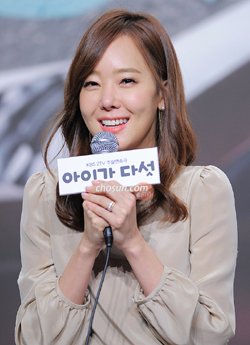 Actress So Yoo-jin is returning with a new TV series on KBS after taking a break to have a baby.

Speaking at a media event in Seoul on Wednesday, So said, "Even during my pregnancy, I still got some media exposure because of my husband, who has become popular [through his TV shows]. But I want to be remembered for what I have done, rather than as someone's wife".

Not so long ago, restaurateur Baek Jongwon was only known as actress So's husband, but now he is more famous than she is, thanks to a couple of cooking shows on which he has captivated the hearts of viewers with his relaxed, easygoing demeanor and easy-to-follow recipes.

"After taking a break from acting to have a baby, I wasn't sure how to get back into it. But my fans offered me support through social media, and this gave me confidence. I'm excited about getting back to where I used to be", she said.

"Five Children" is a soap that follows the members of a family through conflicts and reconciliations as they seek happiness and share their love for each other. So plays a divorced single mother raising three children alone.

The soap will air every weekend starting this Saturday.