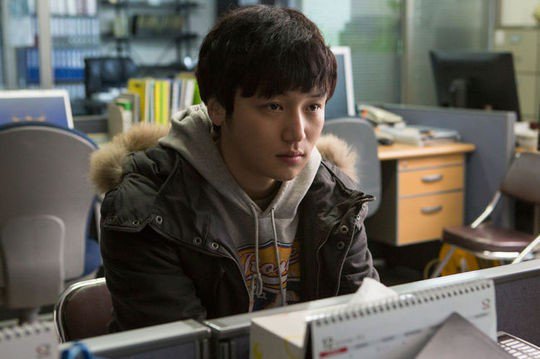 Will actor Byun Yo-han, who has made an impression in the tvN drama "Incomplete Life", be onto something?

Byun Yo-han's movie "Socialphobia" is being released on the 12th and many fans are headed to theaters to see him.

The movie is a low cost one compared to others but Byun Yo-han was such an impressive character in "Incomplete Life" that success of the movie is greatly anticipated.

"Socialphobia" is about the witch hunt of people who leave nasty comments online. Byun Yo-han's character of Ji-woong is one who accidentally gets involved in a case.

Unlike Yong-min (Lee Joo-seung) who knows what he's running for, Ji-woong goes through anger and confusion as well as sympathy. This character requires great capability and Byun Yo-han did it.

He experiences anger watching netizens busy trying to erase their nasty comments from the Net right after they witness a murder and when the death of a netizen comes back to him. He feels sympathy in the process of finding the killer and goes through many different emotions in this quick changing movie.

"Socialphobia" is also Byun Yo-han's first movie since he rose to stardom for "Incomplete Life" where he played Han Seok-yool. Considering the fact that Im Si-wan, Kang So-ra, Kang Ha-neul and the others already have a solid basis of fame, Byun Yo-han is a great discovery.

The competition of this low cost movie starring Byun Yo-han may or may not be in for a battle with other competing, larger scale movies.

""Socialphobia", will Byun Yo-han's name work?"
by HanCinema is licensed under a Creative Commons Attribution-Share Alike 3.0 Unported License.
Based on a work from this source