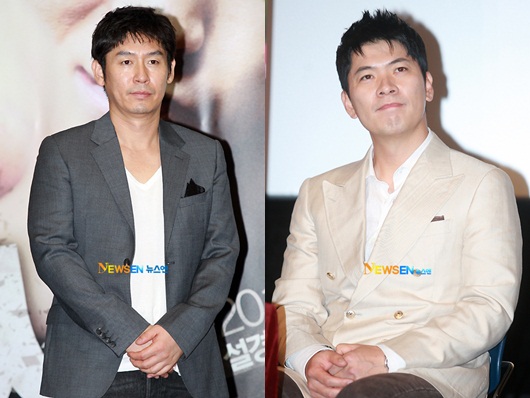 The two actors will first act alongside each other in this natural disaster movie "Tower" which is also being called the 'Korean Towering".

Kim Sang-kyung will be reunited with director Kim Ji-hoon after the 2007 movie that called 7.5 million audiences and drew the pain of the Gwangju uprising, "May 18".

Sol Kyung-gu who acted in the tsunami disaster movie "Haeundae", will be fireman "Kang Young-ki who risks his life to settle the fire. Kim Sang-kyung will be building maintenance team manager Lee Dae-ho in the 120 story building, Towersky in the middle of Seoul which is the main background of the movie.

The movie "Tower", about people fighting for their lives in the massive fire in a high rise building on Christmas Eve of the year 2011, will crank in sometime in the earlier half of this year as soon as the lead female role has been confirmed. CJ Entertainment will be investing and distributing this movie following "Haeundae".

"Sol Kyung-gu and Kim Sang-kyung, sparks in fire disaster movie "Tower""
by HanCinema is licensed under a Creative Commons Attribution-Share Alike 3.0 Unported License.
Based on a work from this source