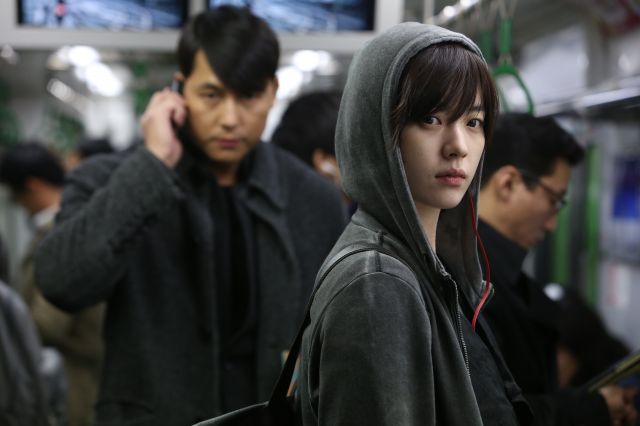 Sol Kyung-gu, Jung Woo-sung and Han Hyo-joo have been cast in the movie "Cold Eyes", directed by Cho Ui-seok and Kim Byeong-seo.

"Cold Eyes" is a criminal action drama about experts who track down criminal organizations with no signs of existing.

They remember everything they see and track down crime with their memories.

Sol Kyung-gu takes on the role of chief Hwang. His age and animal instincts lets him chase after his targets and he's a rough and daredevil-ish man but deep inside, he's actually friendly and humane.

Jung Woo-sung takes on the role of a criminal organization leader names James. This is his first bad guy role since his debut. He has cold judgment and acting power along with intelligent schemes that allow him to escape the circle closing in on him all the time.

Han Hyo-joo is a rookie named Ha Yoon-joo on Sol Kyung-gu's team. She's out on the fields for the first time but her observation and memory doesn't let her forget what she's seen or heard.

2PM's Lee Junho who is debuting as an actor through "Cold Eyes", takes on the role of the ace, Squirrel. He is the lively one out of the team but on site he's a talented and skilled expert.

"Sol Kyung-gu, Jung Woo-sung and Han Hyo-joo in "Cold Eyes""
by HanCinema is licensed under a Creative Commons Attribution-Share Alike 3.0 Unported License.
Based on a work from this source