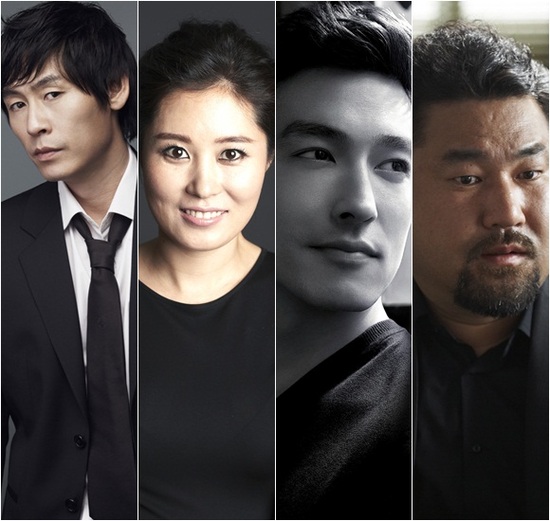 "Mr.K" by director Lee Myung-se has confirmed its cast and will start shooting this coming March.

"Mr.K" is a comedy agent film about the best secret agent in Korea who is in the middle of a top secret mission when his wife who doesn't know her husband's true identity, gets involved in the case.

Sol Kyung-gu is Cheol-soo, the greatest secret agent in Korea but a loving husband who is intimidated by his wife and Moon So-ri is Yeong-hee who thinks her husband is a normal office worker.

In the role of Ryan, the key figure of international terrorism is Daniel Henney and head of department Jin who carries out missions with Cheol-soo is Ko Chang-seok.

Director Lee Myung-se is one who shocked the country with his action movie "Nowhere To Hide" with new action and style. He is also known as the greatest visualist for his movies, "My Love My Bride", "Duelist" and "M".

Director Lee has been preparing for "Mr.K" for two years with JK Youn and even concentrating on every single action sequence. The filming sets are being prepared in Thailand and every where else.

"Sol Kyung-gu, Moon So-ri, Daniel Henney and Ko Chang-seok cranks in with "Mr.K""
by HanCinema is licensed under a Creative Commons Attribution-Share Alike 3.0 Unported License.
Based on a work from this source