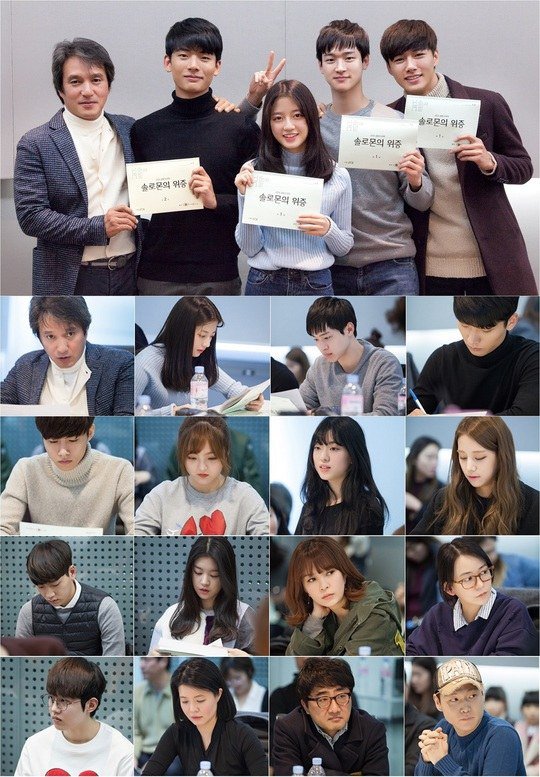 The first script reading of "Solomon's Perjury" took place on the 22nd of November and it was as compact as it can get.

The actors did such a good job that it was hard to believe it was their first reading. There was tension as most of them were rookies, but the concentration was intense. Those experienced actors and actresses were impressed and the synergy between the old and new increased expectations for the drama.

Cho Jae-hyun plays the role of Han Kyeong-moon, a legal team leader with an accurate sense of decision. He didn't need to raise his voice to express the strong character in him and showed everyone what being a 'pro' meant.

Producer Kang Il-soo used break times to discuss characters with the newbies and monitored everything from their tone to emotion.

The first episode of "Solomon's Perjury" will be released on the 9th of December.

""Solomon's Perjury" script reading with Cho Jae-hyun and rookies "
by HanCinema is licensed under a Creative Commons Attribution-Share Alike 3.0 Unported License.
Based on a work from this source