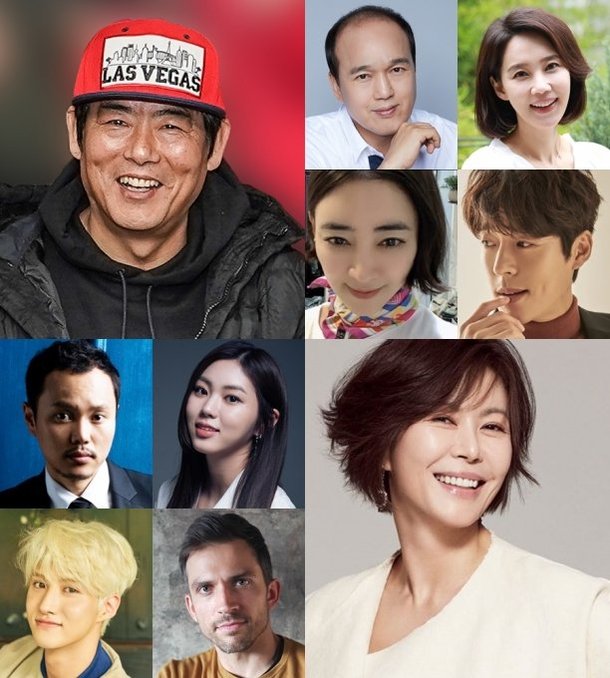 TV Chosun is coming out with an entertainment drama called "Somehow Family".

"Somehow Family" is the story of a married couple, Sung Dong-il and Jin Hee-kyung, who run a boarding house near the airport and live with various people who work at said airport.

Sung Dong-il and Jin Hee-kyung play a married couple that runs the boarding house. They are former Captain and the director of the Incheon bureau of the NIS. These two comical actors are expected to have outstanding chemistry.

Girl group CLC's Kwon Eun-bin takes on the role of Seong Ha-neul, the couple's daughter. She left to study abroad, but quits and returns to Korea without a word to her parents, and to make matters worse, she doesn't talk and only communicates through a sketchbook.

Kim Kwang-kyu is Dong-il's hometown friend and neighbor. He's a solo man who looks after his younger sibling and his niece. Oh Hyun-kyung is Jin Hee-kyung's best friend from high school. She runs a chicken restaurant and always bickers with Kim Kwang-kyu.

Seo Ji-suk is Kim Kwang-kyu's brother, Kim Ji-seok. After his wife dies, he raises his daughter alone. He's Air For You's top pilot and always steals the attention of women, unlike his brother. Lee Bon is a crew team leader at the same airlines as Kim Ji-seok. She has a crush on him, but doesn't easily show it.

The drama begins in March.

""Somehow Family", Sung Dong-il and Jin Hee-kyung as a Married Couple"
by HanCinema is licensed under a Creative Commons Attribution-Share Alike 3.0 Unported License.
Based on a work from this source