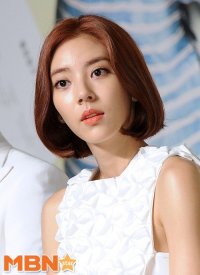 "She has passed all the procedures and will study at the postmodern music department from next year", a school official said.

Son, born in 1983, is known to have prepared well to enter the department where Rain and other popular singers have studied.

Korean universities pick new students from the entertainment industry through special selection procedures that acknowledge their talent in the field.

Son debuted with the single "Cry Eye" in 2007. After a training period in the United States, she returned to Korea and released a mini-album in April 2008. She released her hit song "Crazy" in September last year.

"Son Dam-bi Passes Entrance Test for Kyunghee University"
by HanCinema is licensed under a Creative Commons Attribution-Share Alike 3.0 Unported License.
Based on a work from this source