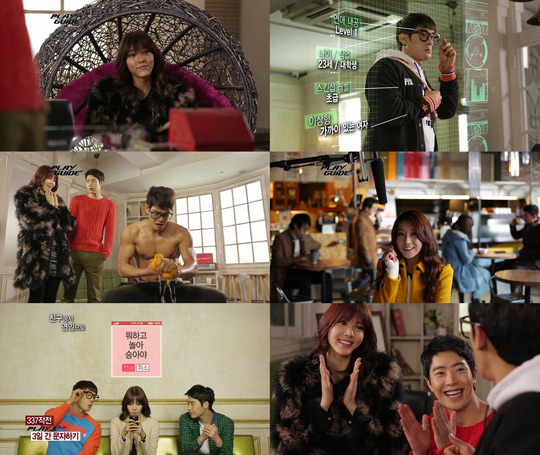 "PLAY GUIDE" is about an agency named Love Agent that deals with relationship problems with Son Dam-bi as CEO and Park Min-woo as the deputy secretary.

Made up of 5 episodes, "PLAY GUIDE" is going to show how a relationship works from the very first acquaintance to becoming a couple in just ten minutes.

The first episode is going to be about Love Agency helping a client who wants to deliver his love to a friend of 10 years. The scene will start with the scene of the client asking for Love Agent's service until the visual transformation and the moment of confession.

"PLAY GUIDE" is a trendy fun drama which deals with relationship problems everyone has dealt with at least once in their lives. The youthful visuals and sounds will make 10 minutes seem too short. To be aired on the 25th at 1AM.

"Son Dam-bi reveals tips in the 10 minute drama "Play Guide""
by HanCinema is licensed under a Creative Commons Attribution-Share Alike 3.0 Unported License.
Based on a work from this source