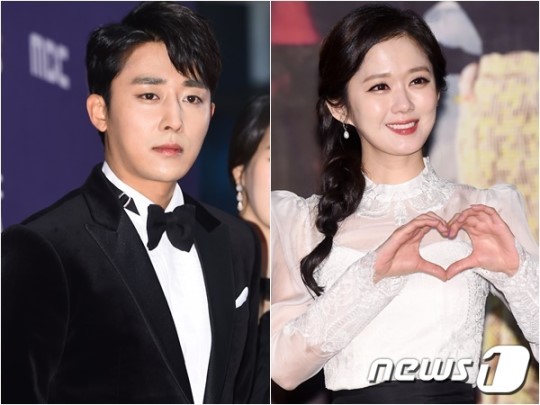 Actor Son Ho-jun and actress Jang Nara will become the "go back couple" as they say in Korean.

According to the news released on the 30th, actor Son Ho-jun and actress Jang Nara confirmed their appearance in a new KBS drama called "Go Back Couple".

"Go Back Couple" is about 40-year-old husband and wife who constantly fight. They lived regretting their reckless youth when they were blind in love. That led them to marry young without much consideration. One day, the two of them travel back in time and turn into their 20-year-old selves.

This is a KBS drama and will be directed and be written by the prodution team of the webtoon-based drama, "The Sound of Your Heart".

We expect a lot of laughs from this drama, but we are also curious how well Son Ho-jun and Jang Nara will create their odd, couple chemistry.

"Son Ho-jun and Jang Nara together in new drama "Go Back Couple""
by HanCinema is licensed under a Creative Commons Attribution-Share Alike 3.0 Unported License.
Based on a work from this source