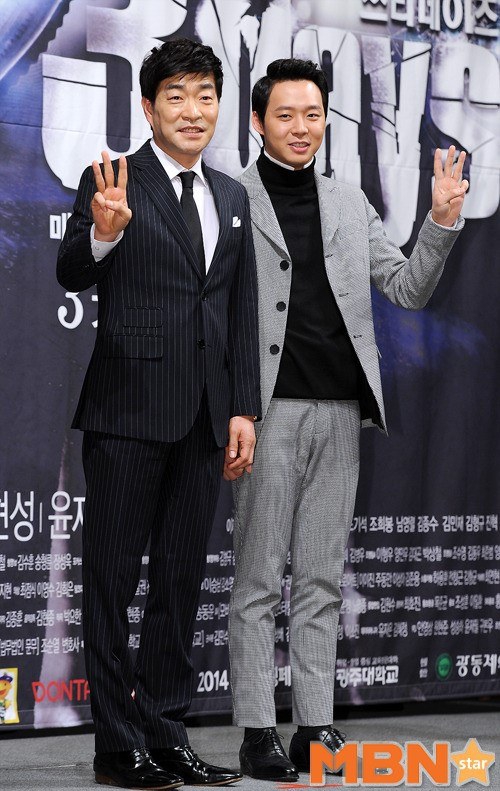 Actor Son Hyun-joo spoke highly of Park Yoo-chun who is starring in the same drama.

They appeared at the press conference of the new SBS drama "Three Days" on the 26th and spoke about how much fun it was working with each other.

Son Hyun-joo said, "I heard that Park Yoo-chun was very hard working but what I saw was more than that. I thought he didn't speak a lot, too, but he acts before he speaks. He's quick to get to the set and then he goes on standby and also, he doesn't say that he's sick if he is. He's a long-runner".

He continued to Yoon Je-moon and said, "I felt that there's no one who can imitate him when I watched the movie "Boomerang Family". I've wanted to work with him and Jang Hyun-sung. They are great quality actors and I wouldn't mind working with them again. They don't complain about work or working far away". He didn't stop saying good things about others..

"Three Days" is a thriller about the disappearance of the president while on vacation after three gunshots. This drama is produced by Sin Kyeong-soo from "Deep-rooted Tree" and written by Kim Eun-hee-I. To be aired for the first time on the 5th of March.

"Son Hyun-joo compliments Park Yoo-chun"
by HanCinema is licensed under a Creative Commons Attribution-Share Alike 3.0 Unported License.
Based on a work from this source