Son Na-eun and Kim Myung-soo "We are acting-dolls" 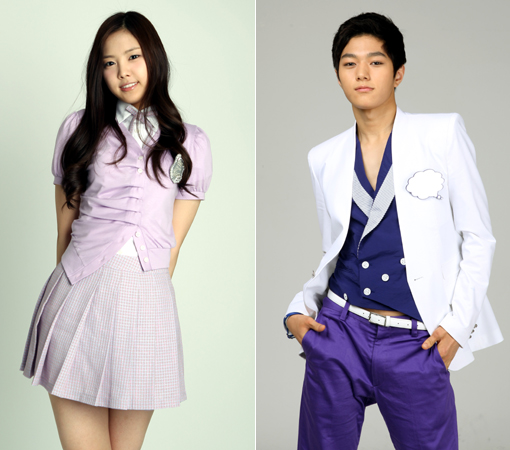 Son Na-eun attempts at first historical with "The Great Seer"

While idol stars step into the world of acting, A Pink's Son Na-eun and Infinite's Kim Myung-soo are some of them. They are from the same groups as Jung Eun-ji and Lee Ho-won from "Answer Me 1997" and many are looking forward to their performance.

Son Na-eun has landed in the role of the younger version of Kim So-yeon who is a strong and bold woman living by her beliefs and love in the upcoming SBS drama "The Great Seer" on the 10th of October. She is currently traveling far distances for the drama. A Cube Entertainment officials say, "Sure there is pressure on the fact that it's a historical but it seems like she's taking a good start". Son Na-eun has also been cast for writer Kim Su-hyun's JTBC drama "Childless Comforts" and she has completed making the movie "Marrying the Mafia 5 – Return of the Family".

Kim Myung-soo went through hazing in a Japanese TV Asahi drama and a Korean tvN drama called, "Shut Up: Flower Boy Band". From the 8th of October onwards, Kim Myung-soo will be starring as Kim Myeong-soo (his real name) in the MBC daily sitcom "Great Moms". He has the chance to win the hearts of many teens as the drama is aired in the early evening. Woolim Entertainment said, "He is working harder than ever since it's his first step to ground wave. Lee Ho-won has been helping him out a lot as well".

"Son Na-eun and Kim Myung-soo "We are acting-dolls""
by HanCinema is licensed under a Creative Commons Attribution-Share Alike 3.0 Unported License.
Based on a work from this source