Son Seung-won Given a DUI, Jung Hwi in Passenger Seat 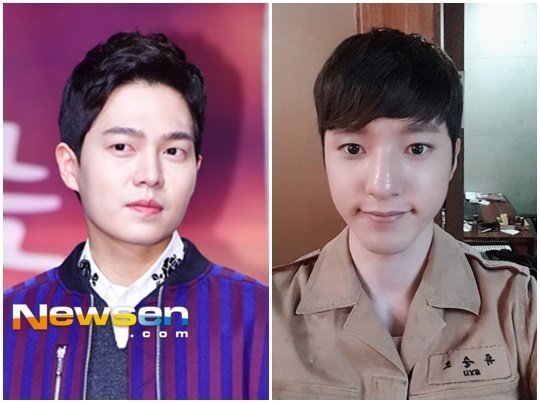 Actor Son Seung-won has caused a controversy with his drunk driving, but the public has reacted more to the person in the passenger seat: musical actor Jung Hwi.

Son Seung-won caused an accident on the 26th of December in Chungdam-dong, Seoul while driving under intoxication level of 0.206%. The accident lead to the injuries of the two people sitting in the car Song Seung-won hit.

Son Seung-won already has a record of DUI. The police plan to apply for an arrest warrant for Son on charges of driving in danger under the Act on Punishment and Punishment of Specific Crimes called the Yoon Chang-ho Act.

With this, Son Seung-won is going to step down from the musical "Rangbo" he is currently starring in.

In addition, the passenger who was with him turned out to be Jung Hwi from the same musical.

Jung Hwi posted on his Instagram, "The other person sitting in Son Seung-won's car when he got into the accident was me. I am sorry I disappointed so many of you".

"We were drunk and he was going to call a substitute driver so we waited in the car, but he suddenly started driving and I was surprised, too. I should have stopped him, but I didn't and I'm sorry".

Jung Hwi will also be investigated for this case for aiding and abetting a crime.

Meanwhile, Son Seung-won debuted in 2009 with a musical and recently starred in a JTBC drama called "Laughter in Waikiki".

"Son Seung-won Given a DUI, Jung Hwi in Passenger Seat"
by HanCinema is licensed under a Creative Commons Attribution-Share Alike 3.0 Unported License.
Based on a work from this source