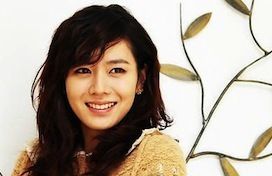 Actress Son Ye-jin looked unusually upbeat when we met with her on November 12 prior to the opening of her new movie "White Night". She was wearing a light and comfortable knit sweater, cute shirt and white skirt. Her radiant smile shined. She also talked quickly and easily. She looked nothing like her perfectly refined character Mi-ho from the movie.

Son said, "It's funny but I was scared of Mi-ho. I was scared of accepting her feelings and being swept up by them. I studied her for a long time while the movie was still in its planning stage, but I decided to 'be' Mi-ho only during filming because I was scared to accept her. It might look irresponsible, but I also need to live my life".

It is already Son's 10th big-screen role. She debuted as a movie actress by playing an innocent woman who falls in love for the first time. So far, she has appeared in "April Snow", "The Art of Seduction", "Open City" and "My Wife Got Married". Each time, she played fresh and provocative characters, displaying her charm to the fullest.

But playing Mi-ho, the daughter of a murderer, was not easy for her. She said, "I thought I wouldn't be nervous this time. But I was nervous during the screening for the first time because I felt big pressure. That was because I received a prestigious award for 'My Wife Got Married' last year, or maybe because this role is especially meaningful to me since it's my tenth big-screen role".

"White Night" is based on a famous novel by Keiko Hikashino. The producer of the movie gave Son the book and said that he wanted to make a movie based on it. Son said, "In the novel, Mi-ho is downright sinister. She gives you goosebumps. I would have never agreed to play her if she had been as sinister onscreen. But since ordinary sinister roles lack charm, I wanted to make her look like someone deserving sympathy".

The movie begins by drawing comparisons between Mi-ho being together with her lover, and Yo-han (Go Soo), who kills someone. At the moment when Mi-ho gets into a car accident, Yo-han is making love to another woman. That is also the reason the word "body exposure" appears alongside the movie title on portal sites. But Son said that this scene showed that Mi-ho and Yo-han were always mentally together, even though they did things separately.

To Son, the most difficult scene was the one where she appears nude and talks to her fiance's daughter. She said, "This scene shouldn't look vulgar and must appear painful. Will viewers understand Mi-ho, or will they think that this scene was just included in order to draw viewers?"

Apart from appearing nude, Son also had a hard time portraying the extremely restrained and perfect personality of her character. The scene where she takes one sip of coffee and puts down the cup was filmed many times because her eyes looked in the wrong direction. She had to make Mi-ho look like she knew nothing yet was aware of everything, and was sad yet happy.

Son said portraying Mi-ho was like acting with her hands and feet tied up. She said, "It was very hard. Why did I agree to do it?"

"I want my next role to be comfortable, fun and easy. I don't want to play someone like Mi-ho again, but I would like to play someone who is really charming, no matter how difficult the role is", said Son.