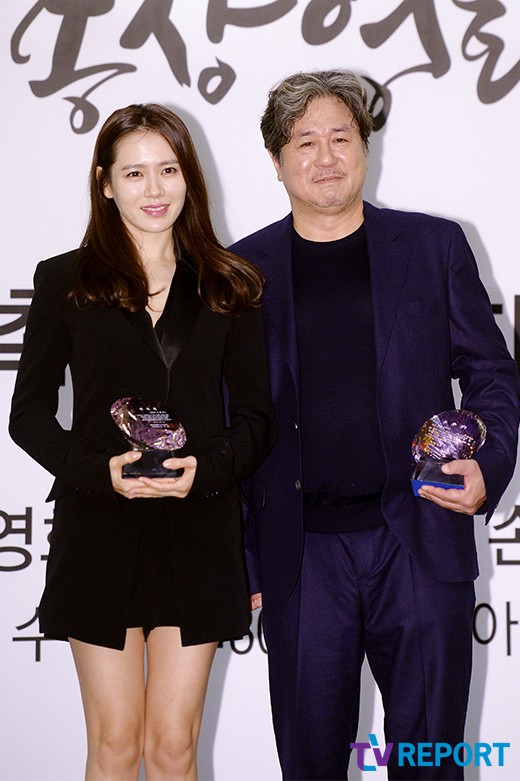 Son Ye-jin and Choi Min-sik attended the press conference for the appointment ceremony of the honorary ambassadors for the 52nd Grand Bell Awards (Daejong Film Awards), which took place in Millennium Hilton Hotel in Jung-gu, Seoul on October 14th.

The Grand Bell Awards is held annually to encourage the advancement of Korean film industry, organized by The Motion Pictures Association of Korea for excellence in film in South Korea. The 52nd Grand Bell Award will take place on November 20th. 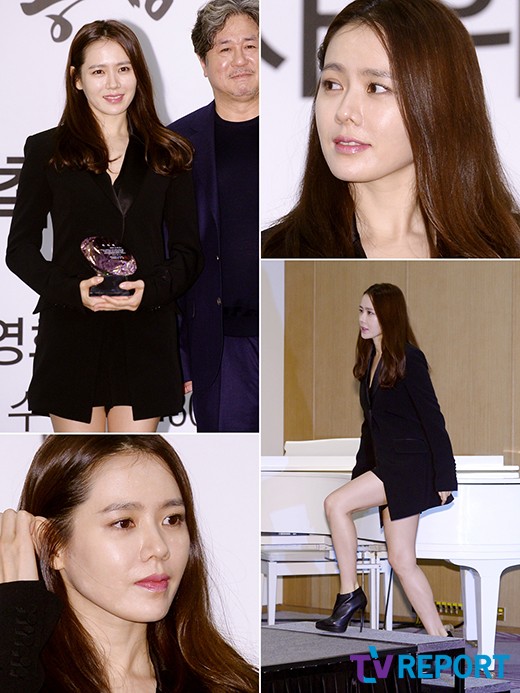 "Son Ye-jin and Choi Min-sik appointed to be honorary ambassadors for the 52nd Grand Bell Award"
by HanCinema is licensed under a Creative Commons Attribution-Share Alike 3.0 Unported License.
Based on a work from this source