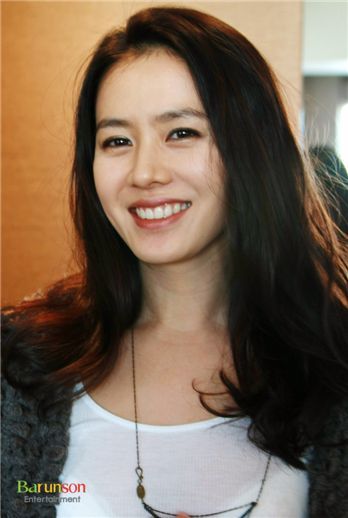 Actress Son Ye-jin has taken back her decision to play the lead female role in South Korean director Kang Je-gyu's Hollywood debut pic, according to her agency Barunson Entertainment and the film's producer on Monday.

Son was set to star in the film opposite top Korean actor Jang Dong-gun in the war film tentatively titled "My Way", but decided to pull out over a drastic reduction of her character's weight in the film after modifications were made to the scenario.

Son was to play the role of a woman who agonizes over her love for a Korean man, played by Jang, and a Japanese man who both fight in the story based on the Invasion of Normandy during World War II.

Sources close to the director had last said producers are in talks with multi-talented Japanese star Takuya Kimura for the war epic, although no additional details have been announced.

"My Way", directed by Kang Je-gyu of Jang's 2004 blockbuster hit "Tae Guk Gi: The Brotherhood of War", the third most-watched film in South Korean box office history, has been promised investment by a Hollywood production company.

The pic will go into shoot starting October in various locations including Korea, Germany and China.

Son, 28, gained popularity in Asia after appearing in TV series "Summer Scent" and was commended for her role in films "The Classic" and "My Wife Got Married", both of which she won awards for Best Actress.

Jang is also an award-winning actor who has won several critical acclaims for his roles in films since his debut in 1993. He got married in early May to actress Ko So-young who is now about six months pregnant.

"Son Ye-jin pulls out from Kang Je-gyu Hollywood debut pic"
by HanCinema is licensed under a Creative Commons Attribution-Share Alike 3.0 Unported License.
Based on a work from this source