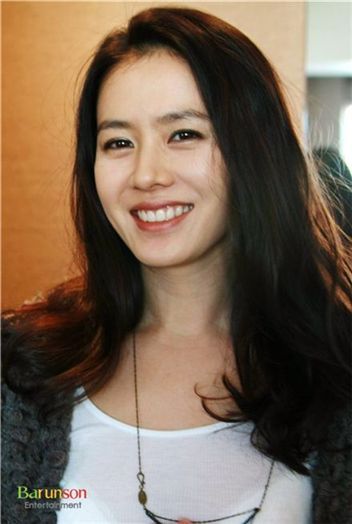 Barunson Entertainment announced through a press release that the actress has been cast for the role of Park Gae-in, a furniture designer in her late 20s, in the drama tentatively titled "Personal Taste".

The TV series, to be based on a novel of the same name by Korean writer Lee Se-in, will focus on the story between a woman and man living together, with the woman thinking the man is homosexual.

Son stated, "The reason I chose this role is because this year, I wanted to be a part of a bright and happy drama. I fell in love with the character because she seems confident while lacking in some ways but at the same time charming. Overall, the drama seems light and I feel it will be fun to shoot".

The 28-year-old actress gained popularity in Asia after appearing in TV series "Summer Scent" and was commended for her role in films "The Classic" and "My Wife Got Married", both of which she won awards for Best Actress.

"Son Ye-jin to star in new drama with Lee Min-ho"
by HanCinema is licensed under a Creative Commons Attribution-Share Alike 3.0 Unported License.
Based on a work from this source