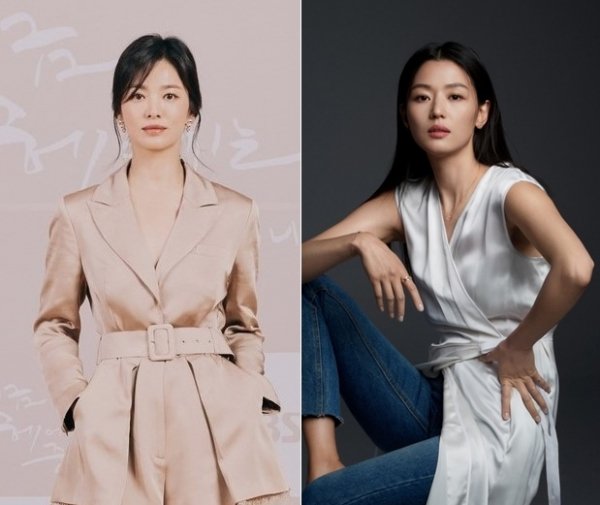 Actresses Song Hye-kyo and Jun Ji-hyun, who are currently active in the small screens, reportedly get paid 200 million won per drama episode, the highest level in the industry among female actors.

Song Hye-kyo plays Ha-yeong in SBS's "Now, We Are Breaking Up" and Jun Ji-hyun plays Seo I-kang in the tvN drama "Jirisan".

Song Hye-kyo's pay has not yet been released, but the fee per episode of tvN drama "Encounter", which aired in 2018, has already exceeded 100 million won. The influence of the previous work "Descendants of the Sun", which was evaluated as writing a new history of Hallyu dramas was also great.

"Jirisan", which is currently appearing, is known to have already surpassed the breakeven point, selling overseas broadcasting rights to iQiyi, the Netflix of China, for around 20 billion won.

What these three actresses have in common is that they lead the work independently with a strong presence and that it is easy for their dramas to advance overseas with a solid Korean Wave fandom.