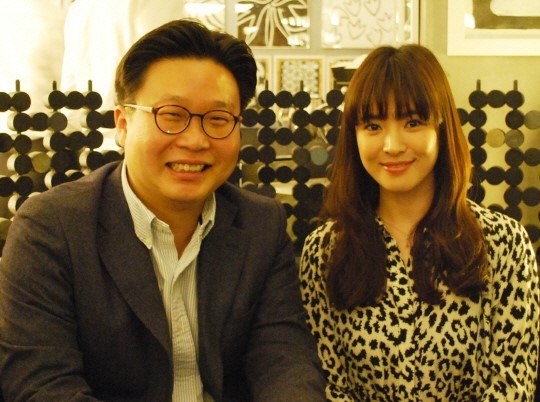 Seo Kyeong-deok said, "We donated 10,000 copies of the newly designed guidebook in celebration of the movement by Ahn Joong-geun".

These guidebooks were based on information supported by the memorial hall and contains, in color, the life story and chronology of Ahn Joong-geun, commemorations by Chinese leaders and various pictures. Voice support will also be added for the blind.

Song Hye-kyo said, "It's quite inconvenient without Korean guidebooks although it's in China. I hope this small act helps to maintain foreign visitors".

"Song Hye-kyo and Seo Kyeong-deok donate Korean guidebooks"
by HanCinema is licensed under a Creative Commons Attribution-Share Alike 3.0 Unported License.
Based on a work from this source