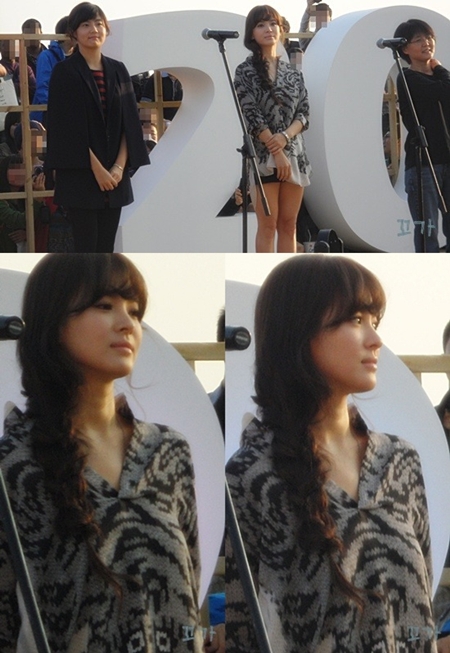 This picture of Song Hye-kyo was taken from Busan at the 16th Busan International Film Festival which she attended for the movie "A Reason to Live".

She is like a goddess. Wearing a leopard print dress that comes down to her thighs, she drew eyes with her natural make up. Other than that, her short but perfectly evened out bodyline makes people stare.

Those who have seen this picture say, "Hye-kyo goddess is in Busan", "She's pretty", "She looks so innocent she might've eaten a innocent fruit", "I saw Song Hye-kyo!" and more.

"Song Hye-kyo at BIFF 'like a goddess'"
by HanCinema is licensed under a Creative Commons Attribution-Share Alike 3.0 Unported License.
Based on a work from this source