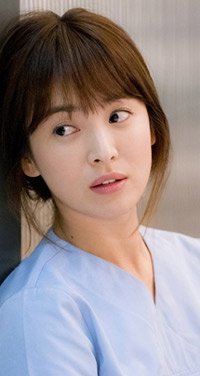 Song Hye-kyo continues her winning streak with KBS' series "Descendants of the Sun" both in Korea and beyond.

Song already has three TV soaps under her belt in her 20-year career that generated more than 40-percent ratings --"Autumn in my Heart" in 2000, "All In" in 2003 and "Full House" in 2004 -- and has starred opposite the country's leading heartthrobs, from Song Seung-heon to Hyun Bin.

One remarkable thing is that she seems impervious to the censoriousness that is still widespread in Korean public life.

She has been involved with most of her male co-stars, openly dating Lee Byung-hun ("All In") and with Hyun Bin ("The World That They Live In") and rumored to be seeing Gang Dong-won ("My Brilliant Life") and even Song Joong-ki, a younger actor who is now appearing in "Descendants of the Sun".

But instead of the usual cries of scandal, people seem to take it in their stride. "She is unfazed by rumors and focuses only on her acting, so she maintains an aura of mysticism, making her virtually bulletproof", says culture critic Ha Jae-geun.

It helps that she is rather waiflike, which perhaps provokes viewers' protective instincts. At 161 cm according to her official profile she looks smaller and is often paired with taller actors.

"She in many cases ends up having to look up at her male counterparts, and this creates a nice camera angle and makes her look prettier", says one producer.

The success of "Descendants of the Sun" has consolidated the view that Song can do nothing wrong.

Noh Hee-kyeong, who wrote "That Winter, the Wind Blows" starring Song in 2013, said, "She is full of potential that exceeds whatever role I create".

"Song Hye-kyo Continues Winning Streak in Hit Soap"
by HanCinema is licensed under a Creative Commons Attribution-Share Alike 3.0 Unported License.
Based on a work from this source