Song Hye-kyo reveals her inner emotion, "I'm getting more tears... I feel like I'm becoming like a child" 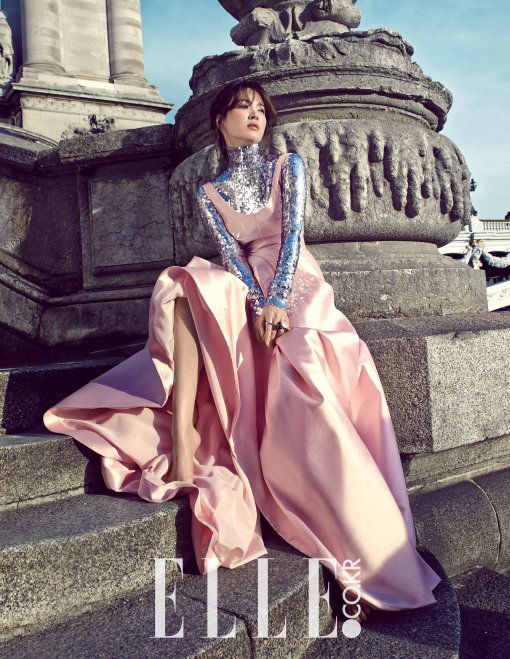 Song Hye-kyo will play Kang Mo-yeon, who is a military medical doctor dispatched internationally. She said, "It's a cheerful role that I took on first time in a while in Korea. It's like an adult version of 'Full House" while she revealed her anticipation on the new project.

Song Joong-ki will play her partner role, Yoo Si-jin, who is a head of the overseas dispatch of troops in the division of Special Force of UN peace force.

Song Hye-kyo took on the role of the attractive and spunky doctor, Kang Mo-yeon and will show the romance in the extreme environment of disaster area.

Song Hye-kyo and Song Joong-ki in 'Descendants of the Sun' is the first project in which the two pair up. She said, "Joong-ki is such a manly guy contrasted to his pretty appearance!" and "When I saw him being courteous as well as respectful to seniors, I though he is truly nice fellow" and "Of course, his acting performance is great".

Song Hye-kyo listed some of her memorable roles during the last 20 years of her career since she had debuted in the third grade of middle school,. 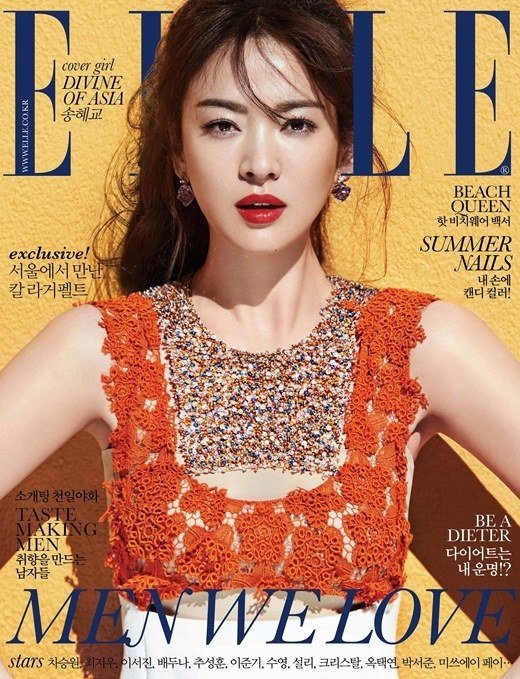 She said, Eun-seo in 'Autumn in my Heart' is closest to her natural self and it was difficult for her to get out of the role, Eun-seo almost for the next two years since the completion of the drama.

Song Hye-kyo talked about herself as a woman not as an actress. She said, "I think I getting more tears as I get old and I feel like I am becoming like a child", revealing her recent state of her inner emotion. She also candidly said it was sometimes a little tough for her to live as an actress because of her free spirit".

When she was asked about her personal Instagram she opened recently, she said, "Because there have been many SNS accounts impersonating me, it caused some misunderstanding about me. I wanted to show real me. I wanted to communicate with more people before it's too late".

Actress Song Hye-kyo, always worked hard regardless whichever project she worked for. Her interview about 'Descendants of the Sun', which may turn out to be the most meaningful project for her, as well as her pictorial from Paris can be seen on Elle June issue and its official website.

"Song Hye-kyo reveals her inner emotion, "I'm getting more tears... I feel like I'm becoming like a child""
by HanCinema is licensed under a Creative Commons Attribution-Share Alike 3.0 Unported License.
Based on a work from this source