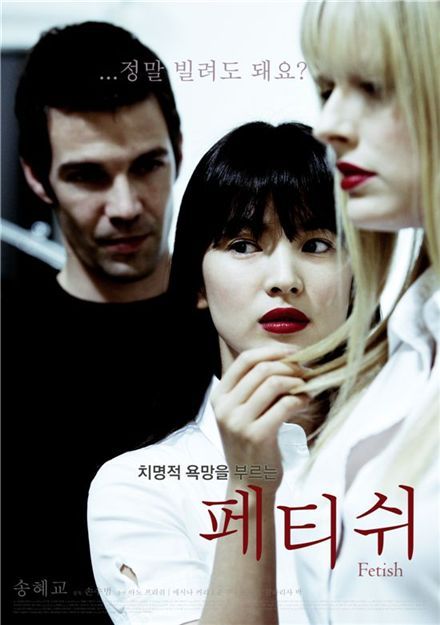 Korean actress Song Hye-kyo's Hollywood debut film "Fetish" will open in local theaters on November 25, according to the film promoter's Sponge on Tuesday.

"Fetish", debut feature helmed by Sohn Soopum, is a psychological thriller about Sookhy (played by Song) who has supernatural powers to possess her neighbor's body in order to steal her husband.

She also appeared in drama "Worlds Within" (KBS, 2008) and made headlines for dating her co-star Hyun Bin. She has also done work on the big screen including "Hwang Jin Yi" and the Asian omnibus pic "Camellia" (2010).

"Song Hye-kyo's Hollywood debut pic to open Nov 25"
by HanCinema is licensed under a Creative Commons Attribution-Share Alike 3.0 Unported License.
Based on a work from this source