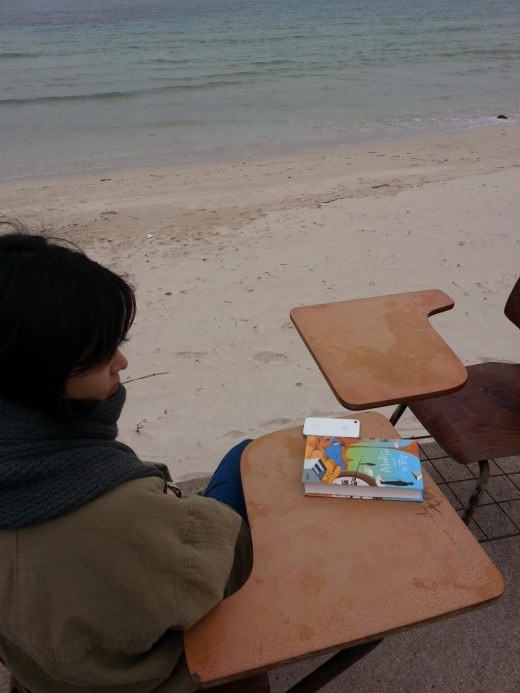 Her friend posted a picture of the actress on Twitter, "She tried to read a book on the beach but the wind was about to rip it away. She said, 'reading should be done indoors'".

The picture shows Song Hye-kyo sitting by the beach in Jeju. She is looking at the copy of "The Time Keeper".

"The Time Keeper" is a best seller by Mitch Albom. He write about the value of time and life sincerely.

Song Hye-kyo's make-up-less self cam was also posted together. Her hair tied back naturally, she is looking at the camera. Her beauty stands out despite the fact that she isn't wearing any make-up.

Meanwhile, Song recently starred in the SBS drama "That Winter, the Wind Blows" as a blind woman named Oh Yeong, the heiress to a rich family.

"Song Hye-kyo's Jeju trip"
by HanCinema is licensed under a Creative Commons Attribution-Share Alike 3.0 Unported License.
Based on a work from this source