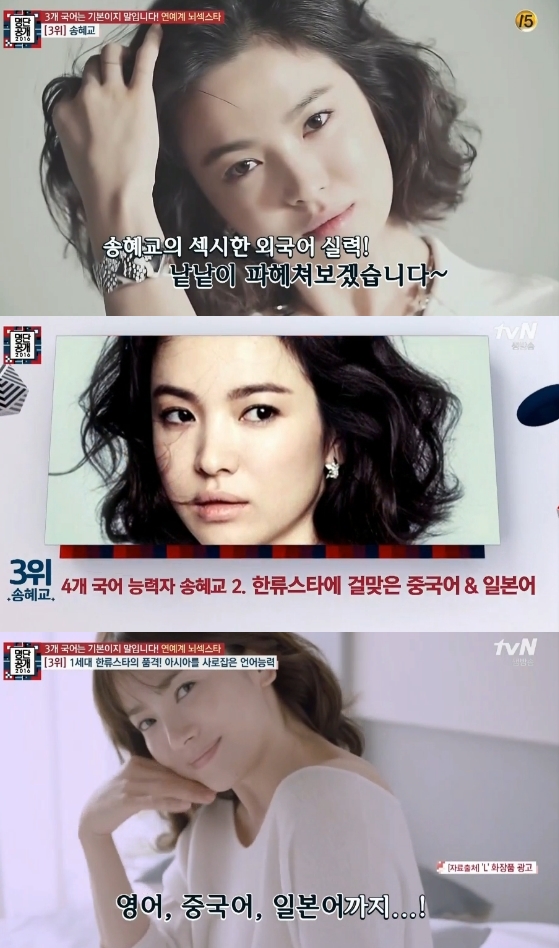 The episode on March 14th of tvN's variety show 'Name List' revealed the ranking of the stars with 'sexy brain'.

Song Hye-kyo flaunts her perfect pronunciation, speaking English fluently without an accent. Song Hye-kyo also appeared in the independent US movie, 'Make Yourself at Home' (also known as "Fetish"), 2008.

Song Hye-kyo later appeared in the Chinese film, 'The Grandmaster', 2013 after she stepped into the Chinese entertainment business after her drama, 'Autumn in my Heart'. Her acting was dubbed in Chinese at the time but she later pulled off her dialogues in Chinese in movie 'The Queens'.

According to sources, Song Hye-kyo went to New York to study English for three months and kept making continuous efforts to master the four different languages.

"Song Hye-kyo's unexpected quadrilingual language skills"
by HanCinema is licensed under a Creative Commons Attribution-Share Alike 3.0 Unported License.
Based on a work from this source