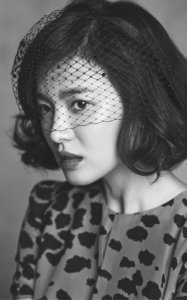 Korean actress Song Hye-kyo has signed a contract with Stellar Entertainment to expand her acting and other activities on the Asian market.

According to the June 30 issue of movie magazine "Variety", Stellar announced that the 26-year-old Song signed a management contract on overseas activities with the agency. Stellar has its headquarters in Hong Kong and Taiwan.

With Asia's attention regarding Song increasing due to her recent role with singer Rain in the Korean soap opera "Full House", she appeared in the movies "My Girl and I" and "Hwang-jin-y - Movie - 2007i", and recently finished shooting an independent film "Fetish", directed by Soopum Sohn.

"Song Hye-kyo Signs Contract With Stellar"
by HanCinema is licensed under a Creative Commons Attribution-Share Alike 3.0 Unported License.
Based on a work from this source