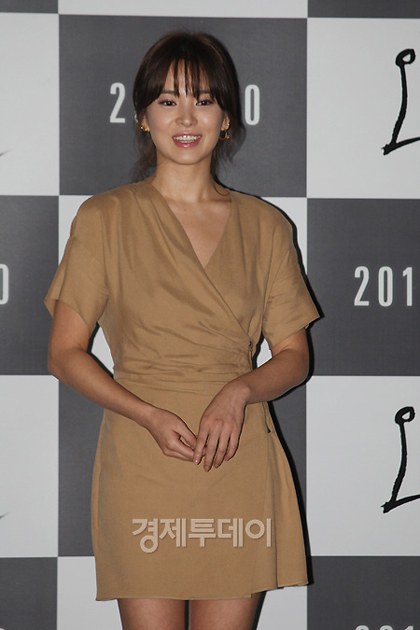 Actress Song Hye-kyo explained about the rumors of trouble between her and director Wong Kar-wai.

At a promotional event of the SBS drama "That Winter, the Wind Blows", Song Hye-kyo said, "I heard it too. It wasn't easy work".

"It was my first job with Wong Kar-wai and there were difficulties working with each other as we are from different systems but there were also fun times. It was an experience I gained over hard work. If there is a chance in the future, I would like to work with more directors and casts".

Previously, Wong Kar-wai has been rumored to have had some trouble with Song Hye-kyo, Tony Leung and Zhang Ziyi.

Meanwhile, netizens say, "It looks like the rumors were not true", "She explained it", "Let's see you in Korea" and more.

"Song Hye-kyo, "Working with director Wong Kar-wai""
by HanCinema is licensed under a Creative Commons Attribution-Share Alike 3.0 Unported License.
Based on a work from this source