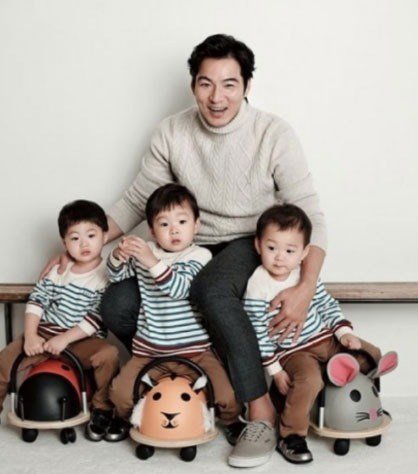 Song Il-gook's wife Jeong Seung-yeon is being questioned about her status as a judge.

Lawyer Im Yoon-seon posted on her Facebook, "I've seen news saying that every time news about the triplets would come out, Song Il-gook registers his managers as an aide to the National Assembly and has been paying them with tax money. As a friend of Jeong Seung-yeon, I know that this is a lie".

"Those who used to attack her about something untrue, is now picking on her way of speech and other things. Jeong Seung-yeon suddenly became a cold hearted judge who yelled that no insurance could be covered for a part-time worker".

She added, "I wish people don't say things just because they're angry and condemn someone else's life".

Netizens say, "Im Yoon-seon looks pissed at the rumors", "I hope things work out for Jeong Seung-yeon" and more.

Previously, Jeong Seung-yeon has been caught up in a rumor that she'd been paying salaries with tax.

"Song Il-gook's wife Jeong Seung-yeon caught in dispute"
by HanCinema is licensed under a Creative Commons Attribution-Share Alike 3.0 Unported License.
Based on a work from this source