Song Ji-hyo in a see-through dress 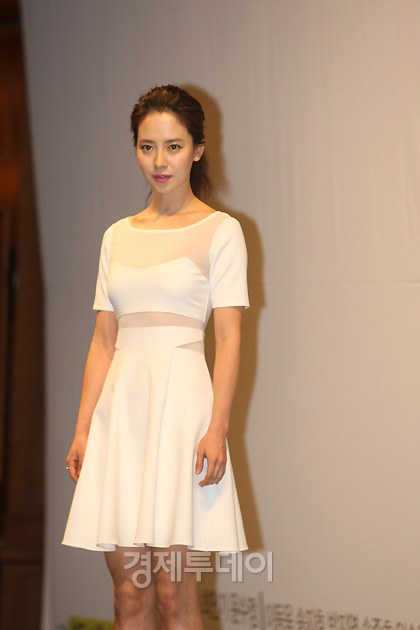 Song Ji-hyo's dress has everyone's eyes on her.

Her dress was white with the top part being made of see-through material, making her look just the right amount of sexy and elegance at the same time.

Netizens say, "She's sexy and elegant", "This is so different from the entertainer Song Ji-hyo", "She's like an actress now", "She's so attractive" and more.

Meanwhile, the drama "Heaven's Order" is about a physician named Choi Won (Lee Dong-wook) who's on the run for framed murder struggling to save his terminally ill daughter. Song Ji-hyo takes on the role of Hong Da-in who decides to become a physician herself after her life saver.

"Song Ji-hyo in a see-through dress"
by HanCinema is licensed under a Creative Commons Attribution-Share Alike 3.0 Unported License.
Based on a work from this source