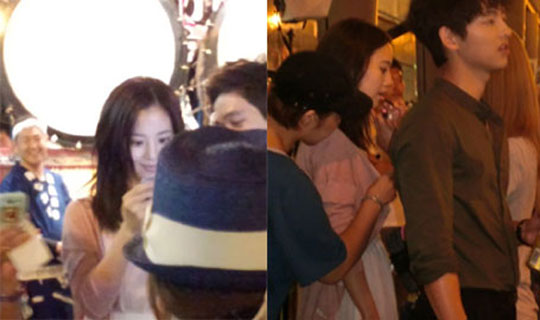 They were seen making the drama of "Nice Guy", a sequel to "Bridal Mask".

Moon in the picture is wearing a white one-piece dress with her hair down and looking radiant. Song is also lookingravishing with his clear complexion.

The person who posted this picture says, "I couldn't tell from the TV but Moon Chae-won's side line can be seen even in the blurry picture".

Netizen's say, "Her beauty is amazing", "They create chemistry", "I am definitely watching this drama" and more.
Meanwhile, "Nice Guy" will be aired in September.