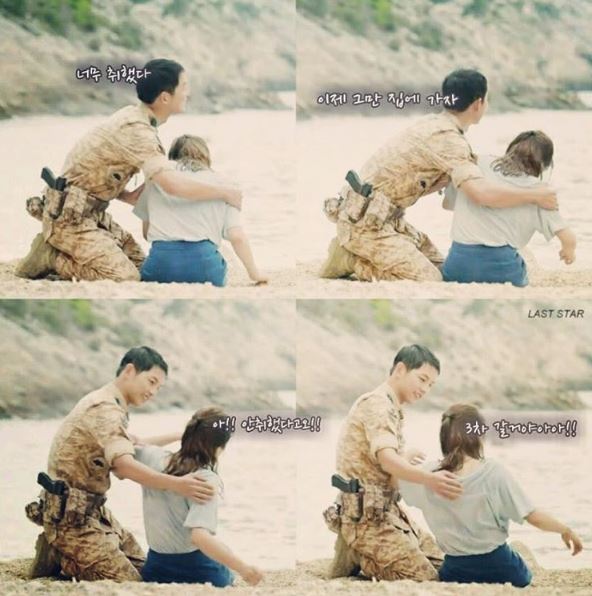 Some funny photos were posted on Song Hye-kyo's SNS.

The photos are of Song Joong-ki in uniform and Song Hye-kyo. They are sitting on the beach with funny quotes saying, "You're so drunk. Let's go home", "I'm not drunk! I want to drink more!" and such.

The pictures were taken from the fifth episode of the drama "Descendants of the Sun".

Meanwhile, Song Hye-kyo and Song Joong-ki were engaged in a scandal after they were reportedly seen in New York together. Their agency claimed they just had a meal together.

"Song Joong-ki and Song Hye-kyo's funny photo captions"
by HanCinema is licensed under a Creative Commons Attribution-Share Alike 3.0 Unported License.
Based on a work from this source