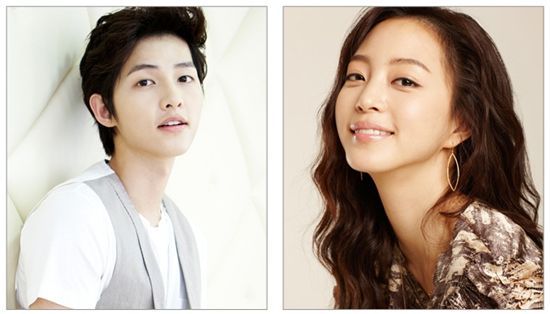 Actor Song Joong-ki and actress Han Ye-seul have been cast as the main stars of a new film, according to a press release by distributor Filament Pictures.

In the upcoming movie whose title can be translated into "Although I Was Born", Song will appear as a pathetic college graduate who is dependent on his mom who works in a restaurant and Han a penny pincher who denounces all activities involving spending money including believing in a religion, going to the hospital and dating.

The film, written by director Kim Jong-hwan himself, will attempt to give a vivid account of young Koreans living in present times of high unemployment through witty and humorous incidents. The film is set to open in theaters in the latter half of the year 2011.

He shot to stardom this year after starring in fusion history drama "Sungkyunkwan Scandal" which went on air from late August to early November, where he appeared as a rich noble in 18th century Joseon (1392-1910) who always flirts with women.

"Song Joong-ki, Han Ye-seul cast in new film"
by HanCinema is licensed under a Creative Commons Attribution-Share Alike 3.0 Unported License.
Based on a work from this source