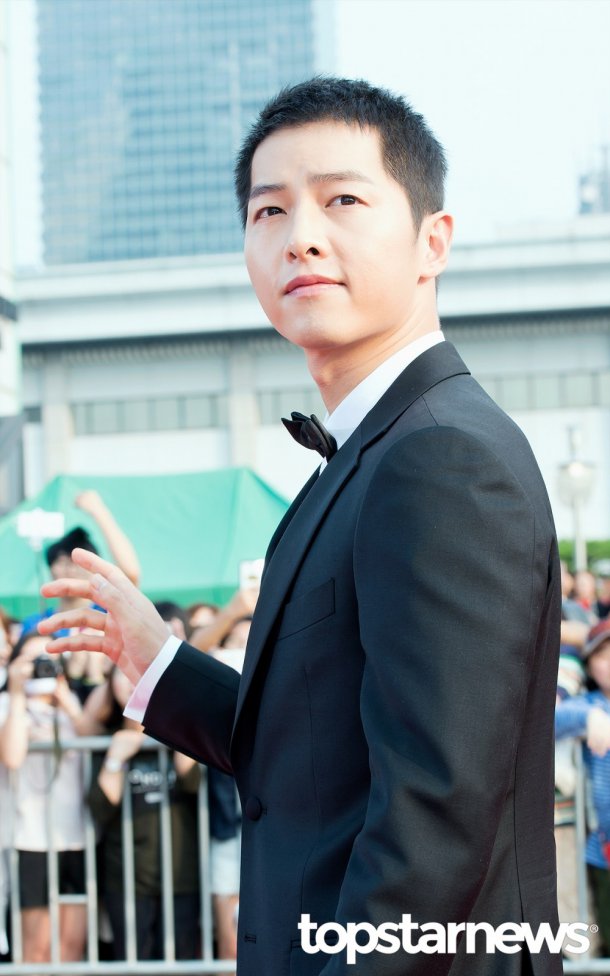 Lieutenant Yoo came to the Seoul Drama Awards with his head shaved. He looks good even with a shaved head.

He's recently been filming the movie "The Battleship Island". He's been a solider for a few months now since "Descendants of the Sun". 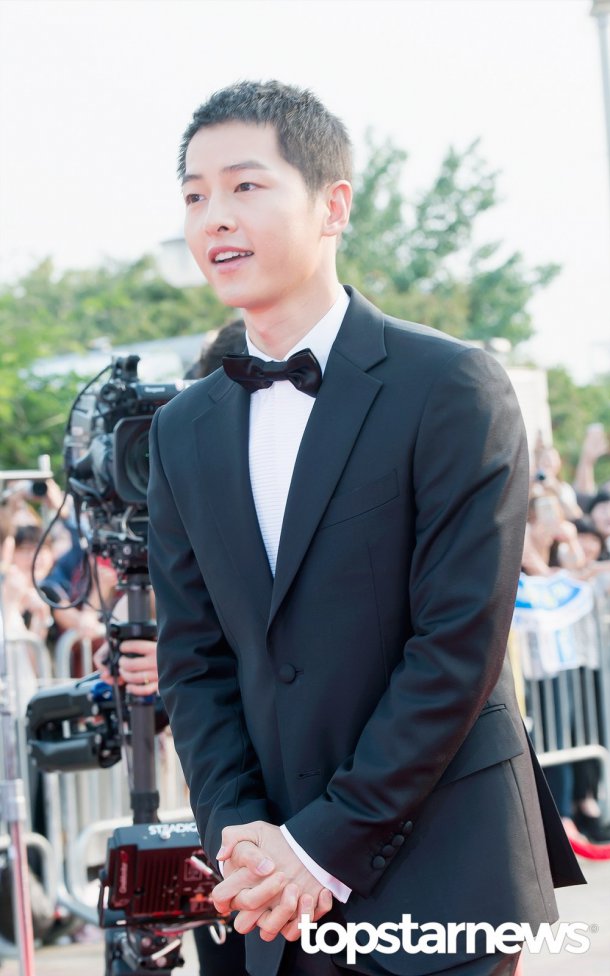 He should just be an actor who plays soldier roles. But no, he has to grow his hair and do other roles like a college student. 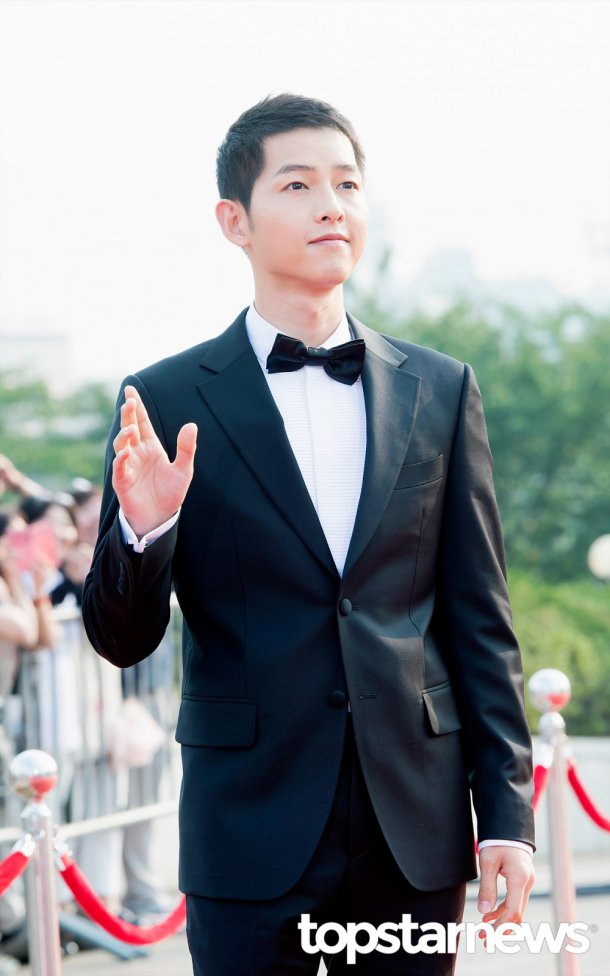 However, he looks good as a soldier for the independence movement. Song Joong-ki should just be everything. He IS everything. 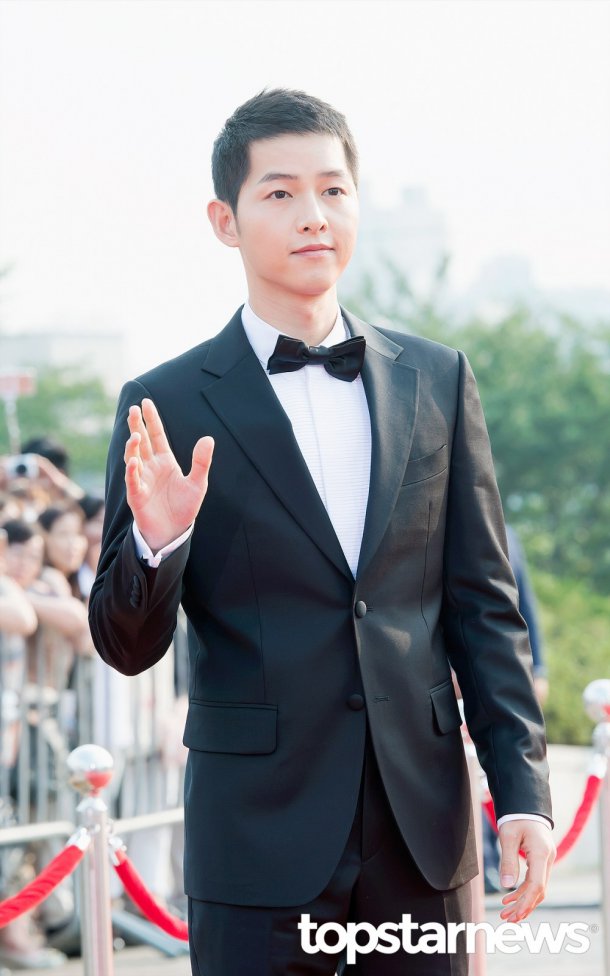 His crooked bow tie looks good as well. He looks just the part. 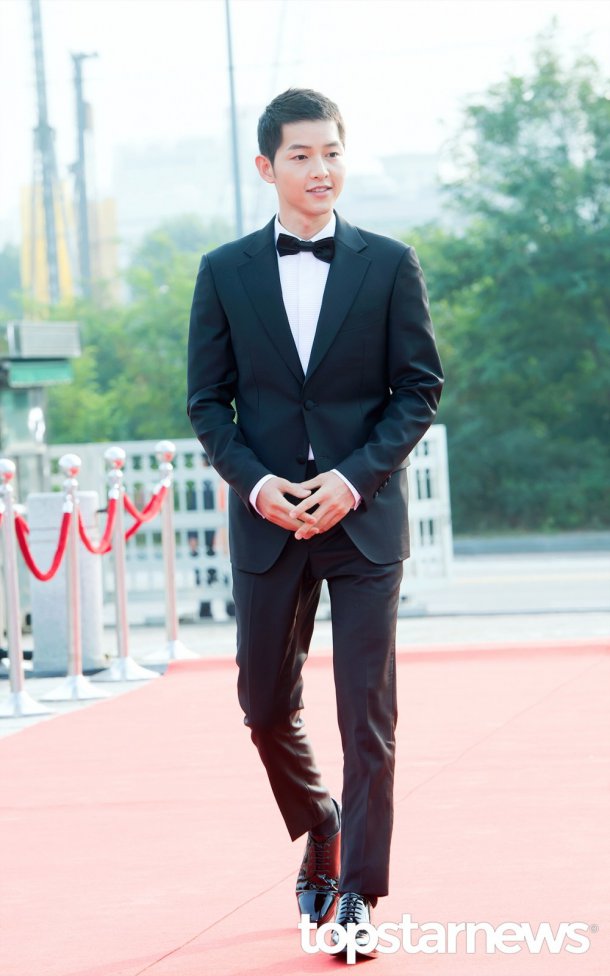 Song Joong-ki took home three awards on this day. This proves that he is IT these days. He's everywhere. 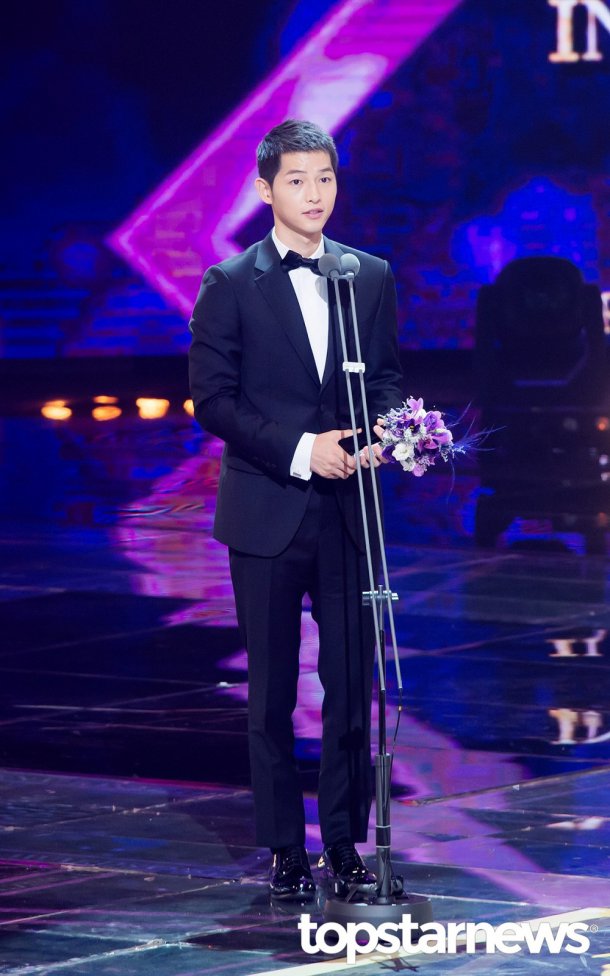 You're not allowed to look this good while making a speech. He looks good in a soldier's uniform and tuxedo. 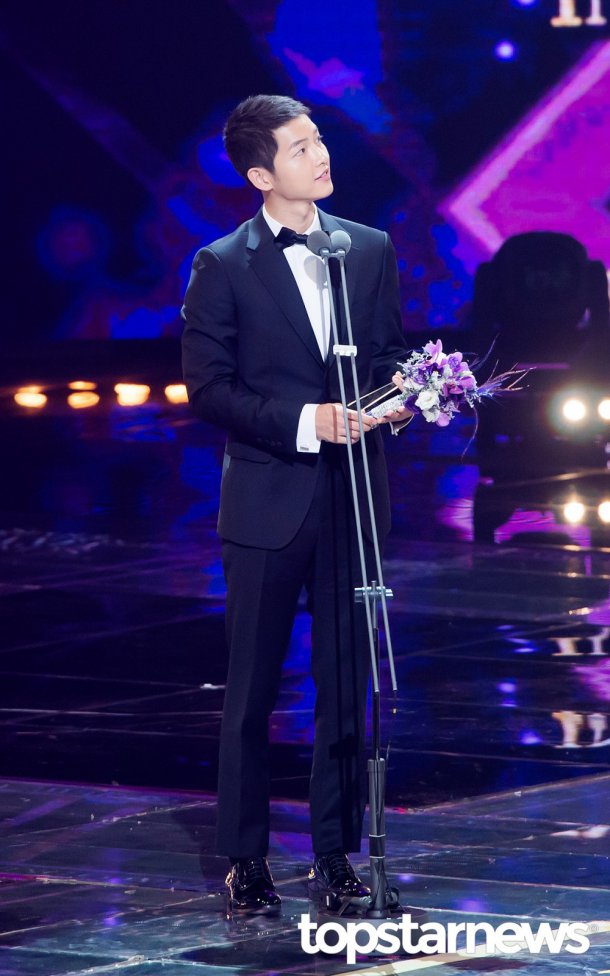 Fans have been missing him while he made the movie. He made it up to them on this day. 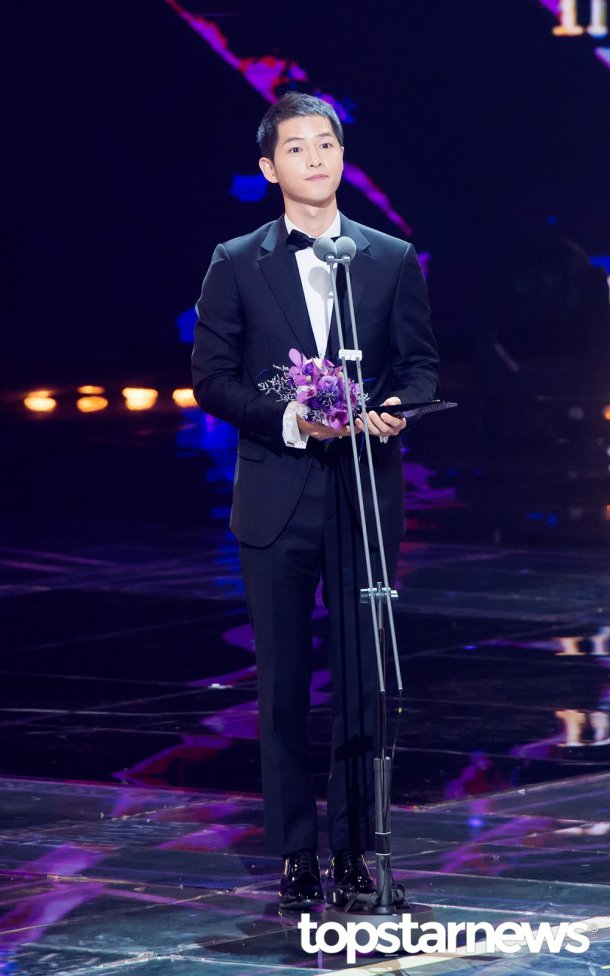 Close your mouths and look at him. Look at his two hands closed together. What isn't cute about this picture? 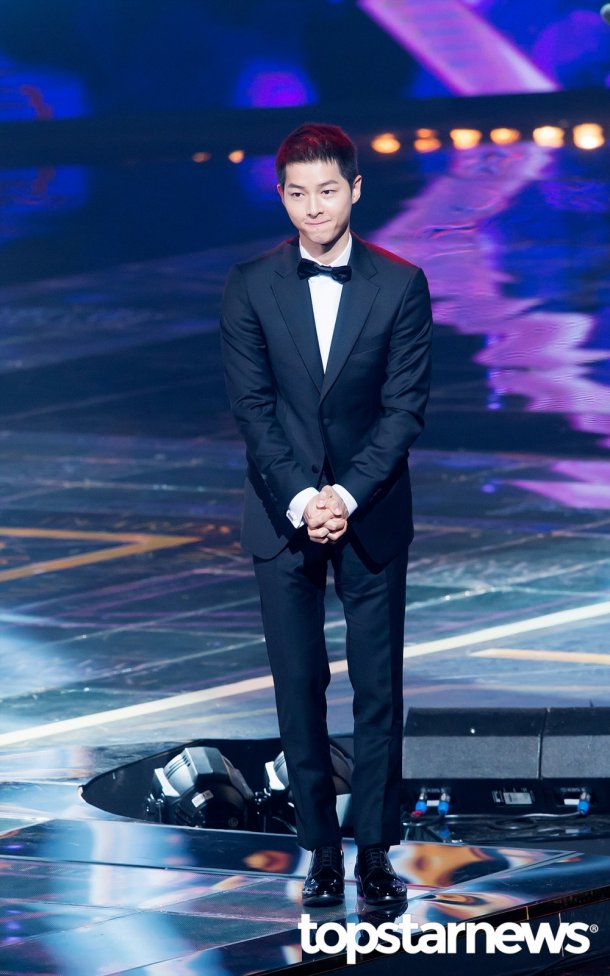 Fans are waiting for "The Battleship Island". Come back quickly Park Moo-yeong! 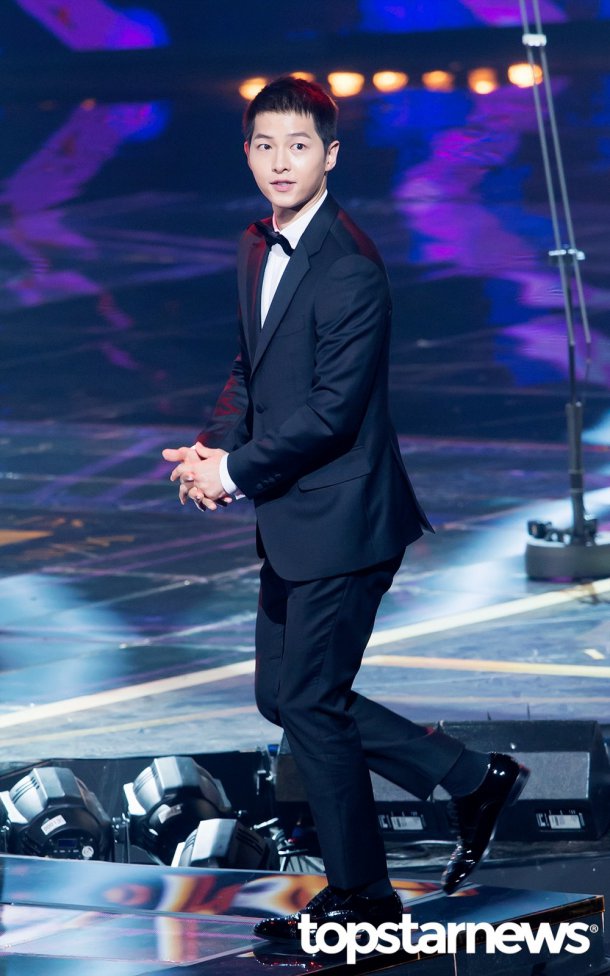 "Song Joong-ki looks good shaved as well, "I'm back as Park Moo-yeong""
by HanCinema is licensed under a Creative Commons Attribution-Share Alike 3.0 Unported License.
Based on a work from this source