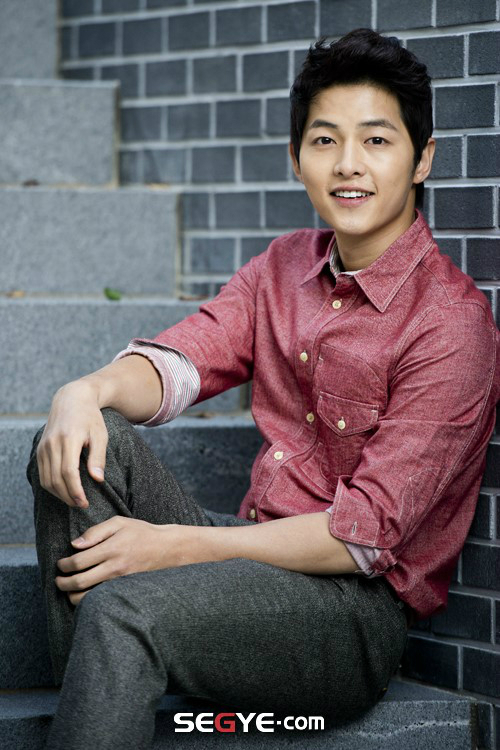 Song Joong-ki attended the celebrating event of the movie "A Werewolf Boy" which hit the record of 6 million viewers. He answered that he sought wit, appearance and personality in order in a woman.

He said, "I like someone who's witty. Then comes appearance and then personality. After that is shape but I think that's included in looks".

He claimed he hasn't been able to sleep or rest well since the final episode of the KBS 2TV drama "Nice Guy".

When he was asked if he was doing any commercials, he said, "I wish but I am busy with movie promotions".

"I feel bad for Park Bo-young for not being there for the movie events because of the drama. I am trying to meet with the public everyday. Thank goodness the movie is getting a good response. I enjoyed checking the Theater Balances everyday".

He continued, "I didn't think it would be this big. I'm grateful it's doing so well and I don't know when I'll be able to feel this happiness again".

Song Joong-ki, Park Bo-young and Yoo Yeon-seok's "A Werewolf Boy" was released on the 31st of October and hit a number of 5.46 million audiences (as of the 22nd November). It seems that this week it'll break through 6 million.

"Song Joong-ki's ideal type?"
by HanCinema is licensed under a Creative Commons Attribution-Share Alike 3.0 Unported License.
Based on a work from this source