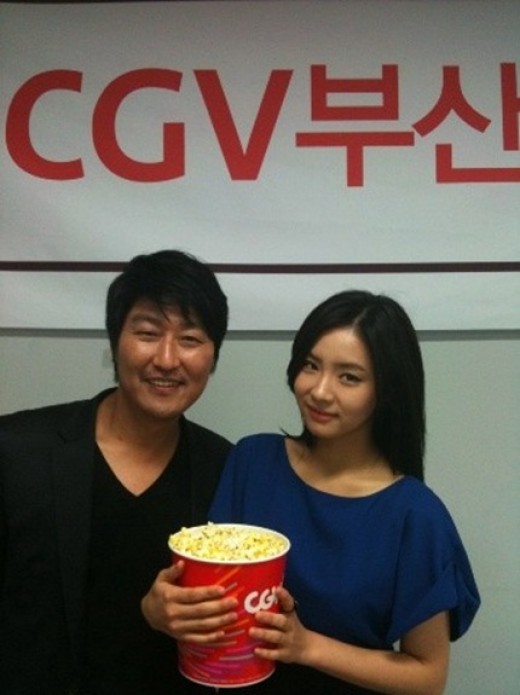 Actor Song Kang-ho and Shin Se-kyung took a picture together.

A picture of them together was posted in the official "Hindsight" Twitter, with the words, "Song Kang-ho and Shin Se-kyung on standby before the stage".

With the cinema in the background, the two are posing together. They look close enough to say it's unbelievable that they have a 23-year age gap.

Those who have seen this picture say, "I look forward to their performance", "I hope "Hindsight" succeeds" and more.

"Hindsight" was released on the 31st of August and it's about a former leader of a gang who wants to forget the past and live a quiet life and a woman who was requested to stay close to him, hiding her identity.

"Song Kang-ho and Shin Se-kyung 23 years difference? "
by HanCinema is licensed under a Creative Commons Attribution-Share Alike 3.0 Unported License.
Based on a work from this source