Song Kang-ho Honored for His Devotion to Film 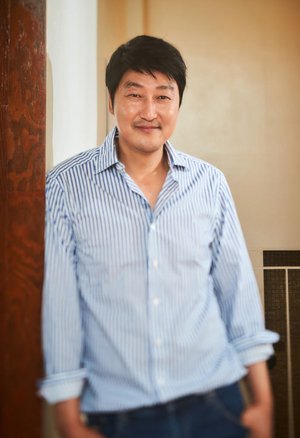 Actor Song Kang-ho has received the top cultural award given by the Shin Young-kyun Arts and Culture Foundation.

Song has worked in films for 20 years and has attracted more than 100 million moviegoers over that time. Most recently he starred in the action film "The Age of Shadows".

The foundation was established by veteran actor Shin Young-kyun in 2010 and has been honoring individuals contributing to the cultural community.

Other recipients included stage actor Jung Jin-gak and film director Yoon Ga-eun, who directed "The World of Us". Celebrity couple Sean and Jung Hye-young were also honored for their charitable work.

"Song Kang-ho Honored for His Devotion to Film"
by HanCinema is licensed under a Creative Commons Attribution-Share Alike 3.0 Unported License.
Based on a work from this source