Song Kang-ho, "Moved by his passion, to be a great actor" 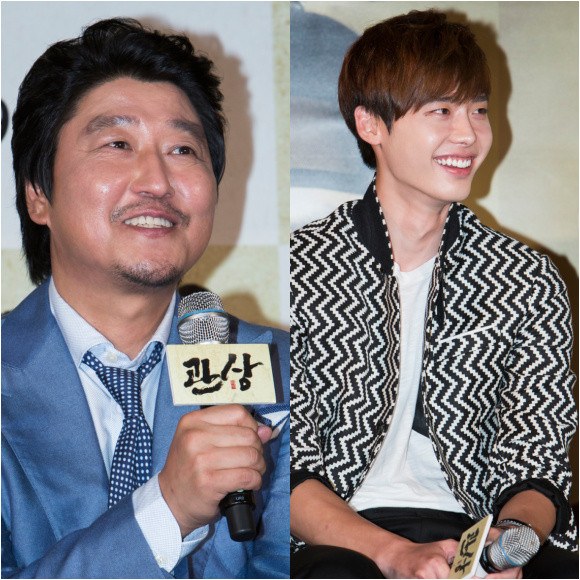 Song Kang-ho, Baek Yoon-sik, Lee Jung-jae, Kim Hae-soo, Jo Jung-suk and Lee Jong-suk appeared at the media event of the movie "The Face Reader" on the 2nd of September.

Song Kang-ho spoke about Lee Jong-suk. He said, "He's quite young but his attitude and concentration while he works is so great the director and I would always talk about it".

"He has great passion and I was surprised when he said he'd take responsibility of everything when he had to leave for another schedule but insisted he finished what he was going".

"He then rushed off, after he did everything until he liked it. The basic passion he has for acting told me he was ready to act. I can say we expect to become a great actor in the future".

Meanwhile, "The Face Reader" is about a face reader to tries to change the fate of the Chosun by reading faces and guessing the future of the Chosun when the position of king is weakened. To be released on the 11th.

"Song Kang-ho, "Moved by his passion, to be a great actor""
by HanCinema is licensed under a Creative Commons Attribution-Share Alike 3.0 Unported License.
Based on a work from this source