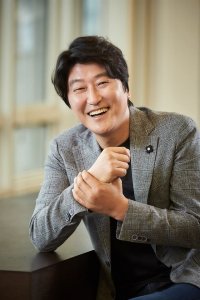 Held for the 19th time, Jan. 1-14, Palm Springs is different from other festivals in that the International Federation of Film Critics (FIPRESCI) judges the official entries for the Best Foreign Language Film in the upcoming Academy Awards.

It is a central event for showcasing foreign language films in the United States, and is considered to be one of the best marketing tools for the Academy Awards. This year, the jury had to watch over 50 works from around the world and among them was the story about a traumatized widow.

"Secret Sunshine" was on the world cinema map last year as its lead actress Jeon Do-yeon won a string of prizes including Best Actress at Cannes.

"One hopes, though, that similar consideration will be accorded her co-star, Song Kang-ho", wrote jury member Adam Nayman in the FIPRESCI Web site. While Song had swept major film awards in Korea with Jeon, he had been slightly overshadowed by the glory of his co-star, much like his obscure stalker/guardian character in the film.

Nayman noted, however, that the film's "big, frightening emotions require a compelling counterpoint to ward off melodrama. This spot can be located in Song's performance, an uncanny portrait not of passive-aggression, but rather a species with fewer cinematic precedents ― call it aggressive passivity".

Song, currently shooting his next work, was unable to attend the award ceremony.

The FIPRESCI Award for Best Foreign Language Film of the Year went to "Armin" from Croatia, directed by Ognjen Svilicic, and the award for Best Actress went to Anamaria Marinca and Laura Vasiliu for their roles in "4 Months, 3 Weeks and 2 Days" from Romania, directed by Cristian Mungiu.

Apart from the three jury prizes, Palm Springs gives out various awards chosen by the audience and special mentions to stars.

Song's recent filmography includes the critically acclaimed crime story "The Show Must Go on" (2007) and "The Host" (2005), one of Korea's biggest grossing films. The actor will appear opposite Lee Byung-hun and Jung Woo-sung in the "Korean-style Western" movie "The Good, the Bad, the Weird" by Kim Ji-won, due for release this summer.

"Song Kang-ho Named Best Actor at Palm Springs"
by HanCinema is licensed under a Creative Commons Attribution-Share Alike 3.0 Unported License.
Based on a work from this source