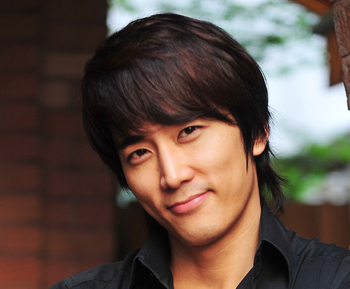 Actor Song Seung-heon's drama "Time Slip Dr. Jin" will be aired in May.

"Time Slip Dr. Jin" is due to be aired after "The King 2 Hearts". Officials told Sports Hanguk on a phone interview, "We were negotiating going in as a general service channel program but decided on MBC instead".

"It is very likely that "Time Slip Dr. Jin" will come as a sequel to "The King 2 Hearts".

Initially, "I Do, I Do" was the to-be line up while "Time Slip Dr. Jin" was in negotiation. While Kim Sun-ah was the favored actress for the drama, it showed likeliness in being postponed as it had difficulties in casting.

An official from the MBC drama department hinted, "Kim Sun-ah hasn't confirmed. "I Do, I Do" is going through a hard time in completing the cast. Therefore we are looking at "Time Slip Dr. Jin" in May or June".

"Time Slip Dr. Jin" is about the struggle of a doctor who travels back to the 1860s due to an accident and realizes his duty and right as a doctor.

"Time Slip Dr. Jin" is based on a comic by Murakami Motoka and has already been drama-fied in 2009 in Japan.

"Song Seung-heon after Lee Seung-gi"
by HanCinema is licensed under a Creative Commons Attribution-Share Alike 3.0 Unported License.
Based on a work from this source