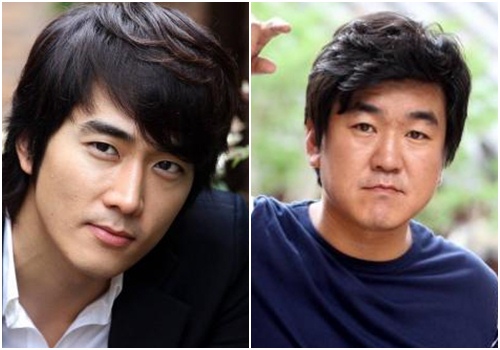 Actors Song Seung-heon and Yoon Je-moon are starring in a movie together.

According to the movie industry on the 18th, Song and Yoon and considering the terms of "The Messenger". This movie is directed by Kwon Jong-gwan.

Based in the Chosun times, this movie is about a messenger who has stories to deliver to people and authorities who fight him off. People chase people after people in the movie "Arrow, The Ultimate Weapon"

Song Seung-heon is starring in this after the MBC drama "Dr. JIN". Song Seung-heon's attempt at a historical is another big issue after Lee Byung-hun, Ju Ji-hoon and Cha Tae-hyun.

Top stars who weren't friendly with historicals are not afraid anymore.

Yoon Je-moon was the bad guy in the SBS drama "Deep-rooted Tree" and will attempt at it once again.

"The Messenger" is about to put a spurt in promotional advantages thanks to the boom of historical projects lately that have created good results.

"The Messenger" will start making in December.

"Song Seung-heon and Yoon Je-moon to come together in "The Messenger""
by HanCinema is licensed under a Creative Commons Attribution-Share Alike 3.0 Unported License.
Based on a work from this source