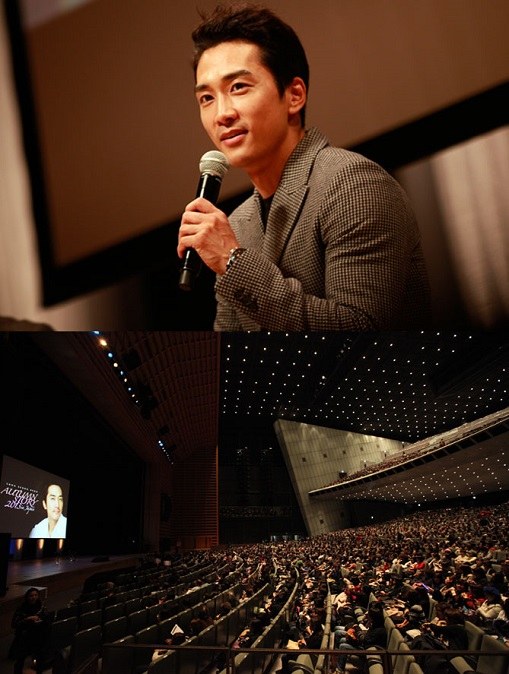 Song Seung-heon is currently in Japan to attend a fan meeting the size of 15,000 fans.

He has left for Japan on the 19th and the event is to be held on the 20th and 22nd in Tokyo and Osaka.

He proved his popularity has a Hallyu star as a huge crowd was there to greet him from the Haneda Airport.

Based on the theme 'Autumn Story in Japan', Song Seung-heon meets with his fans for the first time in a year and a half.

He claimed, "I am grateful for my fans who waited for me for over 10 years and I will work hard to repay them back with even better dramas and movie in the future". Director Yoon Seok-ho and Song Hye-kyo also made a special video message.

Song Seung-heon will also have interviews related to "When A Man's in Love" and "Dr. JIN".

"Song Seung-heon fan meeting"
by HanCinema is licensed under a Creative Commons Attribution-Share Alike 3.0 Unported License.
Based on a work from this source